Family concert: “The Gruffalo” as a puppet show 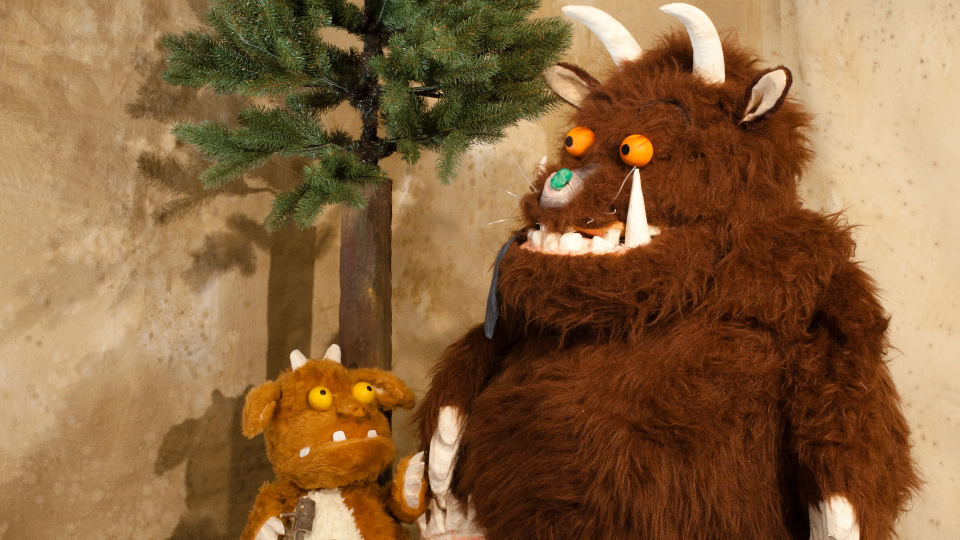 It does not often happen that a children’s book becomes an international bestseller, but The Gruffalo is such a case. The story of the lumbering monster and the cunning mouse has sold several million copies to date and has been translated into 26 languages. In this family concert, the Berliner Philharmoniker present the story in a charming new adaptation: as a puppet show with live music

The beautifully designed puppets from the “Hans Wurst Nachfahren” theatre are the actors on the stage. Members of the Berliner Philharmoniker and their children have been fans for many years, and so the idea of a joint project was born – the Gruffalo story to be precise, with music written specially by the composer Iris ter Schiphorst. In this performance, the music is premiered by the Scharoun Ensemble Berlin, an octet of musicians from the Berliner Philharmoniker, founded in 1983.

Together with the Berliner Philharmoniker‘s education department, this group of artists brings a piece to the stage which the composer herself describes as a “living picture book”. Together with mouse and Gruffalo, we wander through the summer forest, meeting a variety of animals. In the second part, which takes place in winter, the child of the Gruffalo also appears, making his own experiences in the forest – especially with the cunning of the little mouse. The piece is performed in German, but with a little imagination, it’s not too hard to work out what’s going on.