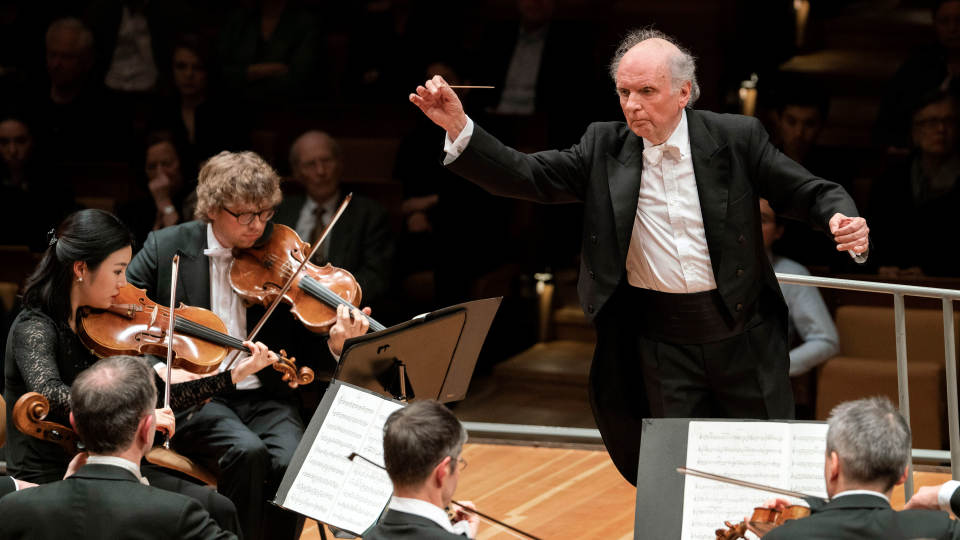 The music of Anton Bruckner has always been central to Marek Janowski’s repertoire. The conductor, born in Warsaw in 1939, recorded all of Bruckner’s symphonies with the Orchestre de la Suisse Romande between 2007 and 2012 – and the press and music critics rushed to sing their praises: “A great achievement”, said the Berliner Morgenpost; for the magazine Hifi &amp; Records, they were “highly recommended”, and stereoplay wrote: “One could go into raptures”. Fono Forum among others attested to the fact that Janowski’s interpretive approach had something new to offer: “Janowski does not think much of mollycoddling, or of Romantic arty pauses. Thank goodness, as this allows his Bruckner to unfold unchecked in its desires and urges.”

In these concerts, Janowski, who in addition to other positions led the Rundfunk-Sinfonieorchester Berlin for a full fourteen years, conducts Bruckner’s Sixth Symphony with the Berliner Philharmoniker. Written between 1879 and 1881, its composer once described it as his “boldest” – but from the outset, it was destined to be an outsider in the concert hall. The first complete performance of the work – in Bruckner’s lifetime the Vienna Philharmonic gave a concert including only the two middle movements – didn’t take place until two and a half years after the composer’s death. However, Gustav Mahler, who conducted this performance, created a version that only partially followed Bruckner’s original intentions. Since the first edition of the score also differed from Bruckner’s handwriting in some passages, it took until the middle of the 20th century before Bruckner’s Sixth, occasionally called his “Pastorale”, was played in its original form based on critically edited editions.

The performance of Bruckner’s Sixth is preceded by Janowski’s interpretation of the rarely heard 1866 Mass No. 2 in E minor. Since this work was performed in the open air to celebrate the opening of the votive chapel of the Cathedral of the Immaculate Conception in Linz in 1869, Bruckner completely dispensed with the strings in the score for practical reasons. Like almost all of his symphonies, the composer also revised his Second Mass. Marek Janowski performs it on three evenings in the second version, completed in 1885 (again without strings). The ambitious choral part of this extremely appealing work, which was last performed by the Berliner Philharmoniker in March 1972, will be sung by the Rundfunkchor Berlin, a longstanding artistic partner of the Berliner Philharmoniker.