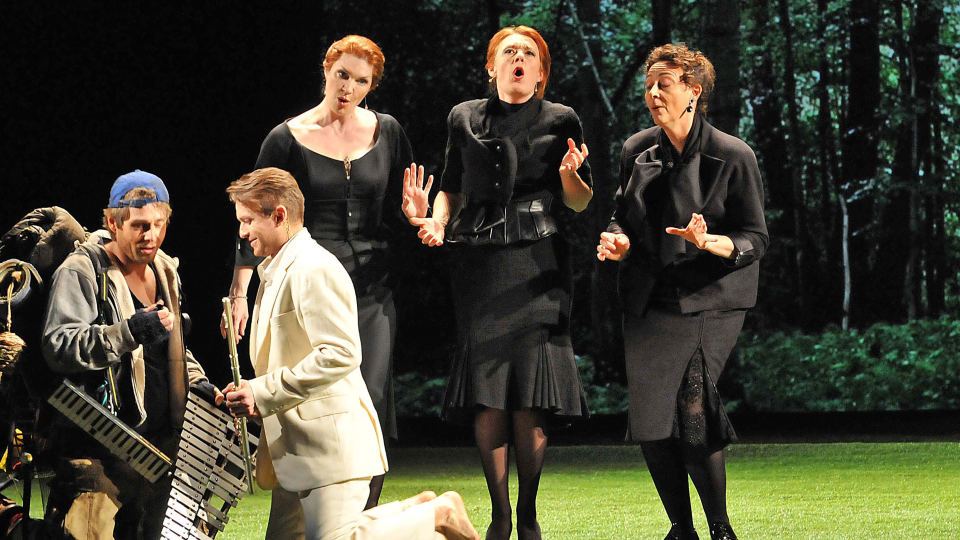 01 Apr 2013
From the Baden-Baden Easter Festival

The Canadian Robert Carsen has directed productions for almost every major opera house. He is fascinated by the complexities in the Magic Flute: “It is completely designed around opposites. Day and night, love and hate, man and woman, the hero Tamino and the simple Papageno.” Musically, too, the Magic Flute has an infinite variety – and given the immense popularity of the opera, this wealth is often overlooked. Sir Simon Rattle says: “Let’s not forget what a raging masterpiece the Magic Flute is, and how different it was from anything anybody had done before – even Mozart.”

The Financial Times spoke of a “top-drawer cast”: “Pavol Breslik is all you could wish for in a Tamino, Michael Nagy’s Papageno is charismatic and lithe, Kate Royal gives Pamina subtle complexity as well as grace.” Then there is the added attraction of a special première: the orchestra had never performed the opera live and in its entirety before. Only three studio recordings – under Sir Thomas Beecham in the 30s, Karl Böhm in the 60s, and Herbert von Karajan in the 80s – were previously released. A grand tradition which is continued with this recording.