The National Youth Orchestra of Germany with Sebastian Weigle 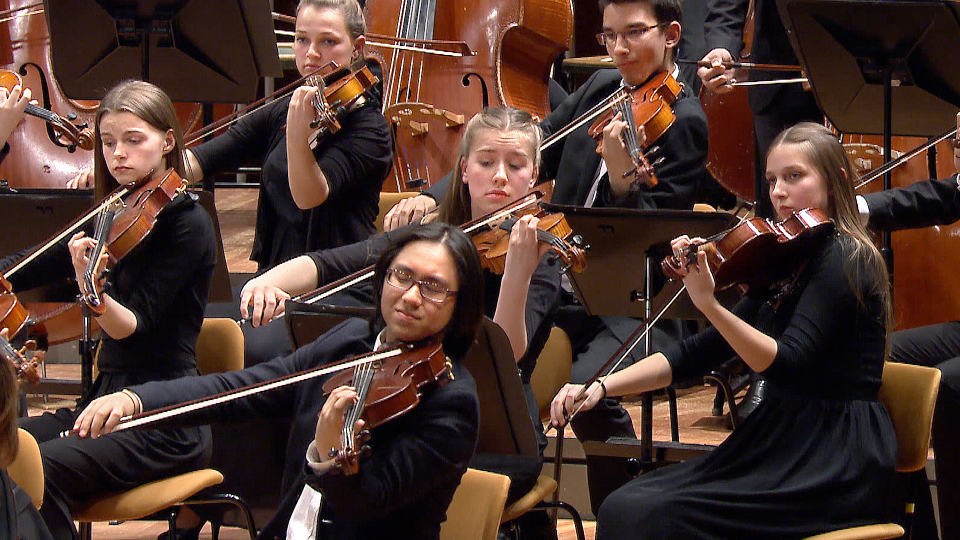 They are between the ages of 15 and 19, outstanding instrumentalists already and passionate about classical music: young musicians who are accepted into the National Youth Orchestra get the opportunity to gain initial experience in an orchestra at a professional level. During their sojourn in the orchestra, it is not uncommon for participants to decide this is the professional path they want to take: orchestral musician. Many members of the Berliner Philharmoniker were initially involved in the National Youth Orchestra.

Since 2008, the orchestra, for which the Berliner Philharmoniker became patrons in 2013, makes one guest appearance per season in Hans Scharoun’s concert hall. But this concert is a special one because five of the six soloists are members of the Berliner Philharmoniker: principal horn Stefan Dohr and horn players Stefan de Leval Jezierski, Sarah Willis and Andrej Žust are the soloists in Robert Schumann’s Konzertstück for four horns – highly demanding in terms of playing technique. The composer was inspired to create this work in 1849 by the invention of the valve horn, relatively new at the time and not without controversy.

Chopin’s Piano Concerto No. 1 with Maurizio Pollini and Christian Thielemann