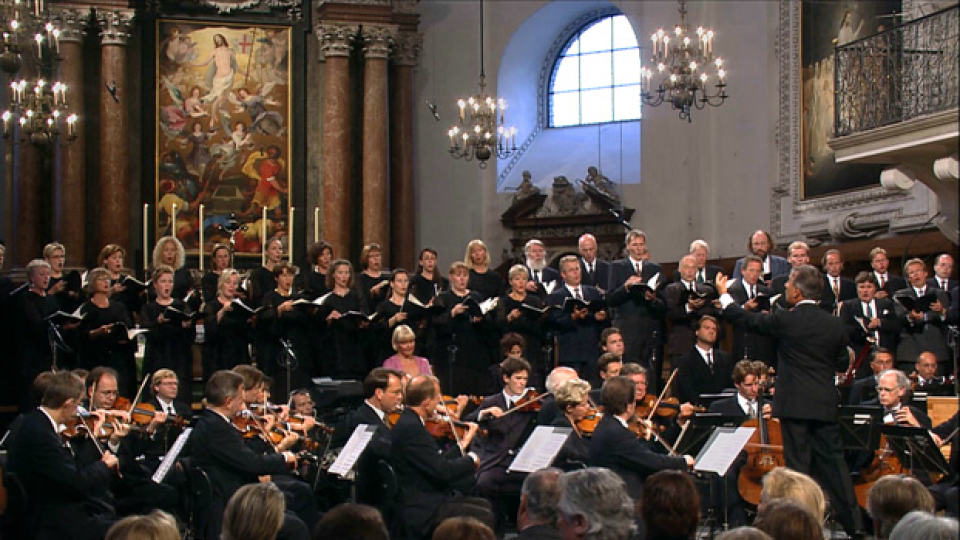 In a newspaper interview, Claudio Abbado once said Herbert von Karajan had been “like a father” to him. The veteran passed on much valuable advice to the man who became his successor in Berlin, also decisively promoting Abbado’s career by inviting him to the Salzburg Festival in 1965. So for Abbado it was not only a duty but also a matter of personal significance to conduct this 1999 Memorial Concert by the Berliner Philharmoniker in Salzburg Cathedral to mark the tenth anniversary of Karajan’s death. The programme included the Requiem by Wolfgang Amadeus Mozart.

Hardly any other work is surrounded by such a similar sense of mystery. Firstly, because of the story of its composition. In the summer of 1791, a strange messenger came to Mozart requesting him to compose a requiem. Some later alleged that this messenger was to blame for Mozart’s early death – a mistake, because as we now know, the Requiem was commissioned by a harmless count whose eccentricities included passing off works by other composers as his own creations.

The mythical status of the Requiem was strengthened by the fact that Mozart died during its composition – we experience him here, as it were, on the threshold of the afterlife. The unusual character of the work may however be critical to its strong appeal. Throughout his life, Mozart had clearly separated his life and composition, his feelings and moods are expressed at best indirectly in his music. The Requiem, however, seems to give us an unfiltered reflection of his feelings, his fear of death – the pent-up composer becomes a fellow man.