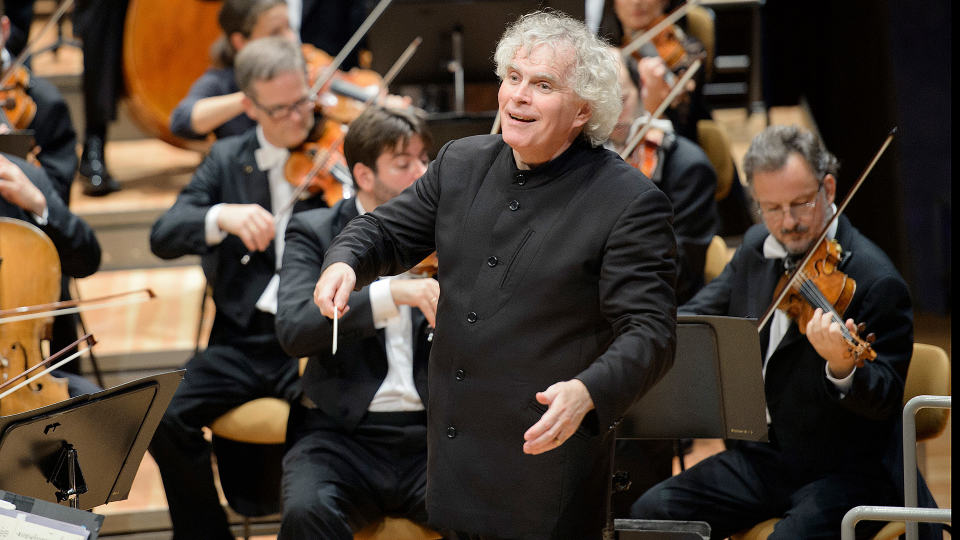 “In this work the composer reached a new high point in his oeuvre,” wrote Alfred Dörffel enthusiastically about Robert Schumann’s Second Symphony in C major composed in 1846–47 in the Neue Zeitschrift für Musik. Ernst Gottschald even declared Schumann a worthy successor to Ludwig van Beethoven, as the C major Symphony is constructed following the example of Beethoven’s Ninth. This comparison is less far-fetched than it may appear, as Schumann’s Second follows the blueprint of consistent alignment towards the Finale, a conciliation of musical opposites ending triumphantly that characterises Beethoven’s Ninth.

In contrast, Johannes Brahms’s Symphony No. 2 in D major op. 73, composed at the lake called Wörthersee in 1877, was seen by his contemporaries as being in the tradition of Beethoven’s “Pastorale”. Along those lines, for instance, Theodor Billroth, a surgeon friend of Brahms, wrote enthusiastically: “Why, it’s nothing but blue sky, the rippling brook, sunshine and cool green shade!” Brahms on the other hand repeatedly stressed the work’s tragic sides: “The new symphony is so melancholy that one cannot stand it,” he wrote on 22 December 1877 in a letter to his publisher Fritz Simrock. As in his first symphony, Brahms appears here as a typical contemporary of the end of the 19th century, his view of the world no longer characterised by an undiminished optimism. In this way, moments of symphonic idyll appear as utopian (and thus fractured in a melancholy way) invocations of a long-lost peaceful and harmonic situation.

Robert Schumann and Johannes Brahms in Their Symphonies

“The memory of Schumann is sacred to me. That noble, pure artist will always serve as my model,” Johannes Brahms acknowledged in a letter of 1873. The mature Brahms, on the other hand, was not overly pleased about the belief which was prevalent during the later 19th century that, as a composer, he was Schumann’s successor, nor did he wish to be described as the pupil of his discoverer, advocate and fatherly friend, particularly since the two men became closer at a time when Schumann’s health began to deteriorate rapidly. There could hardly have been much opportunity for an in-depth exchange on compositional questions. Schumann’s influence was strong, but his impact on Brahms’s work was more subliminal.

The inner attitude of the generation-younger composer towards Schumann, who died in 1856 at the age of only 46, seems to have been ambivalent throughout Brahms’s lifetime anyway, although professional and extremely personal aspects overlapped in a special way. During the years of Schumann’s illness the emotionally inexperienced Brahms developed a strong affection for his wife Clara, the unparalleled pianist and mother of eight children, resulting in feelings of guilt and repressed desires. The relationship between Brahms and Schumann was no less complicated in terms of artistic practice.

Although Schumann made the 20-year-old Brahms famous overnight in the music world with his essay “Neue Bahnen” (New Paths), which was published in the Neue Zeitschrift für Musik in 1853, hailing him with messianic exuberance as the long-awaited “chosen one” and the artist who was “destined to give ideal expression to the times”, he also saddled Brahms with an obligation that would weigh heavily on him for many years to come. Brahms had barely arrived on the scene when he found himself exploited for partisan purposes, as it were, and thrust into a prominent position in the controversy over the legitimate successor to Beethoven. He may also have felt that Schumann’s essay did not describe him adequately. When the enthusiastic author referred to Brahms as “a player of genius, who can make of the piano an orchestra of lamenting and loudly jubilant voices”, he captured an essential characteristic of the impulsive, passionate composer. Schumann did in fact encounter Johannes Brahms, the romanticist, during his young colleague’s visit of several weeks to Düsseldorf in early autumn of 1853. But it was precisely this facet of the ardent, emotional musician that would increasingly be concealed over the years behind a deliberately serious, almost unapproachable countenance.

Whereas Schumann often referred to the flight of inspiration as the crucial moment of artistic invention and was clearly sceptical of “long reflection” when composing, Brahms tended to be suspicious of impulsiveness and spontaneity. Steeped in the ideals of the Protestant work ethic – economy, perseverance, discipline – he strove for “lasting” music which, thanks to its painstaking craftsmanship, would stand up to comparison with the greatest masters of the past. Naturally, Brahms also welcomed spontaneous ideas, but he regarded them at best as points of departure for the creative process: “What one actually calls invention, meaning a real idea, is, so to speak, a higher perception, inspiration, that is to say, I can’t help it. From then onward I cannot disdain this ‘gift’ enough, and through incessant labour I have to make it my legitimate, well-earned property.”

Schumann, who often composed during manic episodes, also forced himself to iron discipline. From a certain point in time he apparently even refrained from freely improvising at the piano for fear of uselessly exhausting his ideas. For the most part self-taught as a composer, he continually tried to perfect his skills through rigorous study of counterpoint. Although he had composed almost exclusively for the piano during his early creative period, between 1840 and 1843 Schumann explored other important musical genres in succession – from the lied (1840) to symphonic works (1841) and chamber music (1842) to oratorio (1843).

Works for the General Public

From the beginning both Schumann and Brahms were fully aware of the social prestige of the symphony. “I was quite happy and only wished that you were my wife and I could also write such symphonies,” Schumann confessed in a letter to Clara in December 1839, after hearing a rehearsal of Schubert’s “Great” C major Symphony in Leipzig, which he himself had discovered among Schubert’s papers. In his early years Brahms was also plagued by the idea that he would not enjoy sufficient status and recognition to marry until he had achieved success with large-scale orchestral music. As a consequence, after the disastrous failure of his First Piano Concerto at the Leipzig performance he broke off his engagement to Agathe von Siebold, the daughter of a Göttingen doctor.

Many accounts have described how intimidated composers of that time were by the expectations associated with the symphonic genre. Beethoven’s symphonies had taken on the character of community-building “speeches to humanity” (Adorno); they had thus become a kind of public appeal which was actually repugnant to contemporaries in the restorative, domestic era after Napoleon’s defeat. The historically unparalleled congruence of great ideas and grand gestures in Beethoven’s symphonies, the combination of dramatic force and inner logic – all this set a standard in which the mere attempt to create something new and universally valid appeared to be either naïvely inflated self-esteem or a near-heroic deed. The appropriate quotation on this score comes from Brahms, of course, who during the early 1870s let conductor Hermann Levi know why he would never compose a symphony: “You have no idea what it’s like always to hear such a giant marching along behind you.”

Schumann: Symphony No. 2 in C major

In his Second Symphony Schumann again made use of the device he had tried out in the First – an introductory motto theme with a fanfare motif played by the brass at the beginning. Although this central sound complex also influences the thematic development of the four movements, it is much more concealed here than in the First Symphony, since the thematic construction as a whole aims to superimpose contrasting musical figures. The few times when the introductory motto of the work is taken up again are all the more effective – for example, in the expansive coda of the first movement or several times during the ecstatic last movement. The initial idea is naturally also the goal of the finale, resolving all the conflicts presented earlier; the motto theme in the stretto, condensed like a fanfare, provides a triumphant closing: “Ludwig ... had to borrow the word from the art of poetry; Robert achieves it for the first time with nothing but instruments” (Clara Schumann).

Brahms: Symphony No. 2 in D major

Brahms’s Second Symphony differs fundamentally from his First. The idyllic, cheerful work does not head towards a final climax but introduces four different situations with one and the same lyrical quality. The relaxed overall character is musically reflected in a songlike theme. Brahms even recalls his Heine song, op. 71 no. 1, in the coda of the first movement, adding the title under the quotation in his personal copy of the score: Es liebt sich so lieblich im Lenze (Love is so lovely in spring). The connection to Schumann and Mendelssohn’s “romantic” problem of integrating a songlike theme into a symphonic development process is obvious here. The tableaulike juxtaposition of the movements nevertheless forms a coherent cycle which finally ends “in undisguised collective euphoria” (Christian Martin Schmidt).