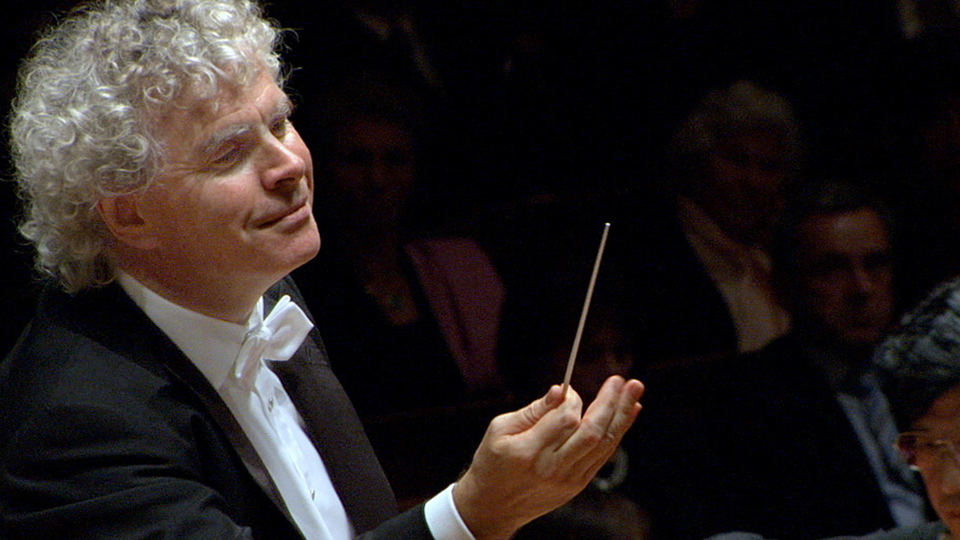 Like Ravel’s music, the texts by the writer Collette also display an unusual synthesis of cosmopolitanism and innocence. The collaboration of the two artists resulted in the one-act opera L’Enfant et les sortilèges (The Child and the Spells), which depicts the imaginative power of a child from an adult’s perspective, without trivialization, as otherwise perhaps only Schumann’s Kinderszenen (Scenes from Childhood) and Debussy’s Children’s Corner do. Although Colette completed the libretto unusually quickly, Ravel did not finish setting it until after years of painstaking work. The result moved the author of the text to tears at the premiere in 1925 and enchants audiences to this day – despite or precisely because of Ravel’s eclecticism. His adaptation of various musical styles reflects the enthusiasm of a child who uninhibitedly collects the objects that appeal to it.

Sir Simon Rattle already programmed Ravel’s children’s opera, which is not widely known in Germany, during his first season as chief conductor of the Berliner Philharmoniker; a project of the orchestra’s Education Programme was also devoted to the work. For the revival in September 2008 an ensemble of virtuosic singers and actors was again enlisted, headed by mezzo-soprano Magdalena Kožená in the role of the naughty child. The first part of the concert featured Ravel’s orchestral suite Ma Mère l’Oye (Mother Goose), which was originally composed for piano four-hands: music which, according to Ravel, was also intended to evoke “the poetry of childhood”. The work, whose title means roughly “old wives’ tale”, is drawn from various fairy tales, including Sleeping Beauty and Tom Thumb.

“Of all my parents’ friends,” wrote Mimi Godebska, dedicatee of the original piano-duet version of Ma Mère l’Oye (Mother Goose), “I had a predilection for Ravel because he used to tell me stories that I loved. I used to climb on his knee and indefatigably he would begin, ‘Once upon a time...’ And it would be Laideronnette or Beauty and the Beast or, especially the adventures of a poor mouse that he made up for me. I used to laugh uproariously at these and then feel guilty because they were really very sad. There was a childish side to Ravel and a warmth of feeling which remained almost invisible beneath his pudeur.” trans. Roger Nichols Ravel never lost this childish side and childlike spirit, keen intelligence and worldly elegance notwithstanding, and childhood is the theme of the two magical works heard here: the opera L’Enfant et les sortilèges (first performed at the Opéra-Comique in 1926)and the ballet version of Ma Mère l’Oye (first performed at the Théâtre des Arts in 1912).

L’Enfant et les sortilèges(The Child and the Sorcerers) grew out of a meeting in 1914 between Jacques Rouché, then director of the Paris Opéra, and the author and music-hall star Sidonie-Gabrielle Colette. Rouché asked Colette to write the scenario for a fairy ballet. In spite of being a slow worker, she produced L’Enfant for him in eight days. Rouché suggested some composers’ names, but only Ravel’s elicited the writer’s enthusiasm. Much later, she wrote: “Five years went by and suddenly the completed work and its composer emerged from the silence ... But the only thing he seemed to be worried about was the miaowing duet between the two cats ... The score of L’Enfant et les sortilèges is now famous. How can I describe my emotion when, for the first time, I heard the little drum accompanying the shepherd’s procession? The moonlight in the garden, the flight of the dragonflies and bats ... ‘Isn’t it fun?’ Ravel would say. But I could feel a knot of tears tightening in my throat.” trans. Roger Nichols

In 1928 Ravel said of L’Enfant: “The emphasis is on melody, allied to a subject which I chose to treat in the spirit of American musical comedy. Mme Colette’s libretto allowed this freedom in treating the magical story.” This is interpreted by the English Ravel scholar Roger Nichols to mean that it was conceived as a number opera, in which “the characterization of each number, helped by the selective use of a large orchestra, was more important than homogeneity of style or of musical material … The crux of the opera – the Child’s bandaging of the squirrel’s paw – can be seen as belonging both to the real world (in which wounds require bandages) and to the magic one of the ‘sortilèges’ (in which squirrels freely allow themselves to be treated by humans); and this action serves as a focus for the opera’s general message, that love has an unlimited capacity to transform.”

The Paris impresario Jacques Rouché also had a connection to Ravel’s fullest musical exploration of the world of childhood before L'Enfant et les sortilèges when he commissioned the ballet version of Ma Mère l’Oye in 1911 for his Théâtre des Arts. Ravel had composed the original “Cinq pièces enfantines” on French fairy-tales in 1908-10 for the piano-playing children of his friends Cipa and Ida Godebski, Mimi and Jean. In transforming the suite of five pieces for keyboard duet into the ravishingly orchestrated ballet heard here, Ravel slightly changed the order of the pieces and introduced the first, “Pavan of the Sleeping Beauty”, with a new prelude and “Dance of the Spinning Wheel”. His scenario then takes up the Sleeping Beauty story as a framework in which the subsequent dances are linked by interludes and presented as her dreams: the “Dialogue of Beauty and the Beast”, which presents the hero of the ballet, Prince Charming, is followed by the tales of “Tom Thumb” and “Laideronnette, Empress of the Pagodas” before the ballet, like the suite, ends with “The Fairy Garden”, an apotheosis in which the Prince awakens Sleeping Beauty from her dreams. “Once upon a time...”

“Late Night” concert with Simon Rattle and a new masterpiece