Christian Tetzlaff and the Orchestra Academy of the Berliner Philharmoniker 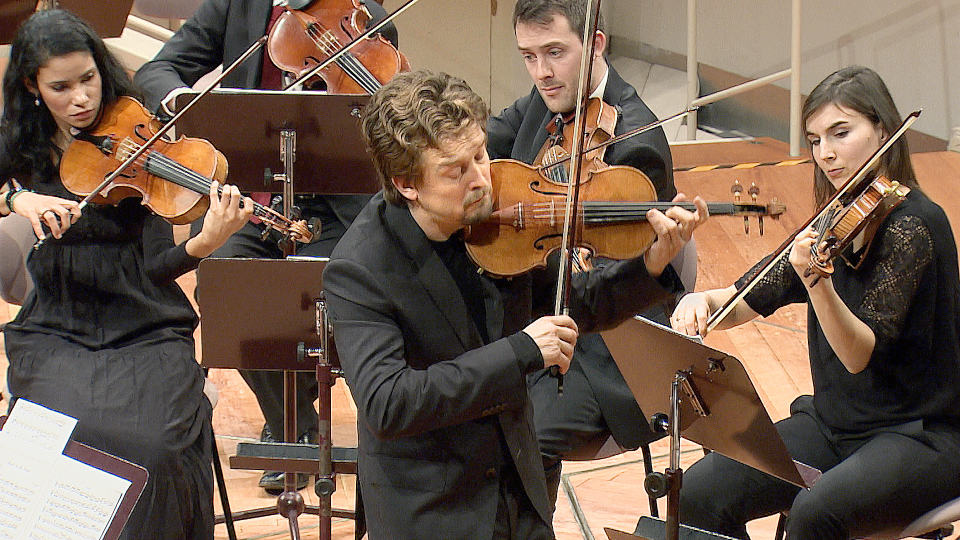 Karajan Academy of the Berliner Philharmoniker

The string sextet Verklärte Nacht, composed in 1899 on the basis of a poem by Richard Dehmel, later arranged by its composer for string orchestra, sets a striking emphasis in Arnold Schoenberg’s compositional development. An unprecedented example of programme music in a chamber music genre, it sounds a call against the musical aesthetics of its time. At the same time, Schoenberg’s face-off with Richard Wagner’s harmony reaches an initial high point in this composition. And then, the poem that serves as the basis for Schoenberg’s composition is about the willingness of a man to accept his partner’s illegitimate child as his own! No wonder that the premiere of this work in 1902 created a huge scandal.

Regardless of programme music or scandals: the students of the Orchestra Academy have dedicated themselves to Schoenberg’s captivating late Romantic sounds, as they have to the violin artistry of the young Wolfgang Amadeus Mozart – which is why – besides his C major Rondo – they perform the G major concerto together with Christian Tetzlaff, Artist in Residence of the Berliner Philharmoniker in 2014/2015. This Orchestra Academy concert is rounded off by a performance of Joseph Haydn’s Symphony No. 80 in D minor, a boisterous work that initiated compositional development for the future development of the genre.

Christian Tetzlaff was Artist in Residence of the Berliner Philharmoniker in the 2014/15 season.
Check out our Special Page for more concert recordings.

Alan Gilbert and Emanuel Ax in works by Mozart and Stravinsky

Works of the early Classical period with Reinhard Goebel