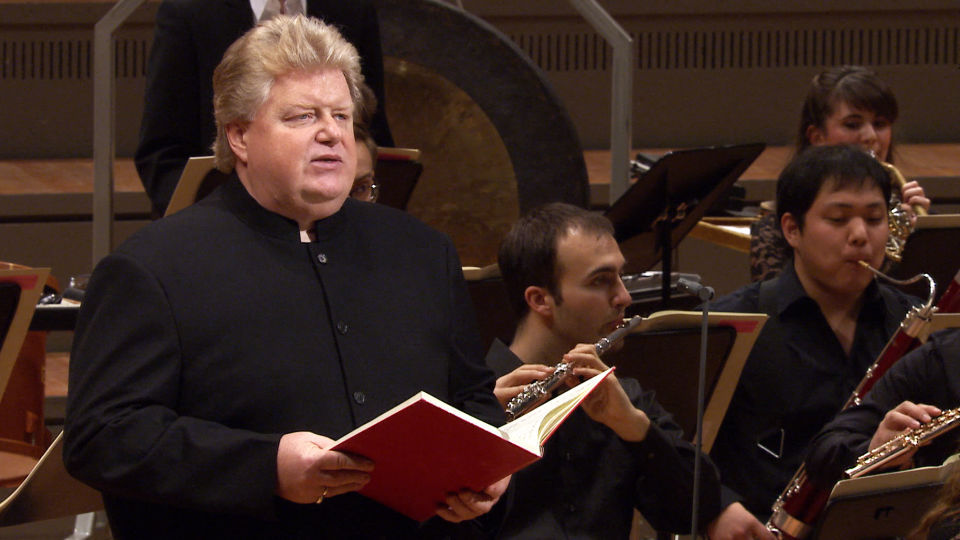 Many composers, such as Berlioz, Liszt, Brahms and Britten, have composed orchestral versions of individual Schubert Lieder. The first to dare to arrange the entire cycle of Schubert’s crowning work Winterreise for chamber ensemble, however, was Hans Zender in the last years of the 20th century: “My ‘reading’ of the Winterreise,” the German composer and conductor wrote, “does not look for a new expressive interpretation, but rather systematically makes use of freedoms that all interpreters normally allow themselves intuitively: stretching or compressing the tempo, transposition to other keys, bringing out characteristic nuances of colour.”

In this arrangement, which delights even purists, the original vocal part remains to a large extent untouched, while the approach to the piano voice hovers between “orchestration” and “revised version” and turns out differently from one song to the next: while in “Lindenbaum”, for instance, Zender restricted himself to distributing the existing notes across the instruments he selected, other lieder are more beholden to Gustav Mahler’s fin-de-siècle inflection or Alban Berg’s Expressionism. By highlighting these and other lines of tradition, Zender’s Winterreise sets free moments that are inherent in Schubert’s music but remain hidden below the classical surface. In this extremely successful Late Night performance of the <em>Winterreise</em> under the direction of Sir Simon Rattle, students of the Berliner Philharmoniker’s Orchestra Academy accompany the tenor soloist, Christian Elsner.