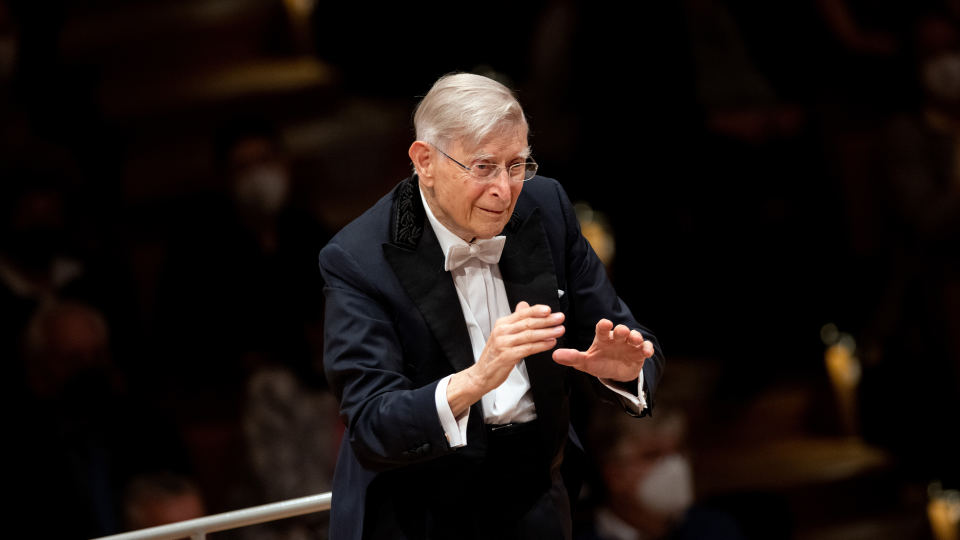 Herbert Blomstedt once said in one of his work introductions for the Digital Concert Hall that Anton Bruckner’s symphonies challenge the heart and mind of their interpreters in equal measure. It is not only the enormous expressive depth of these compositions that is remarkable, but also their masterly construction.

Bruckner’s Fifth Symphony shows clear parallels to the last contributions to the genre by Mozart and Beethoven: it shares with Mozart’s Jupiter Symphony the contrapuntal sophistication of the last movement, in which various independent themes are layered on top of each other in a fugue technique, while with Beethoven's Ninth, it has in common the strong motivic linking of all movements and the dramaturgical orientation towards the finale. The themes of the middle movements are closely related, and the introduction of the work is quoted almost verbatim at the beginning of the finale. Even in Bruckner’s work, there are few passages of such complexity as the development of the last movement. Here, various themes are not only combined with each other, but are also broken down into individual parts, reversed and doubled or halved in length. Finally, the end with its radiant brass chorale has an effect that is unsurpassed in its sublimity.