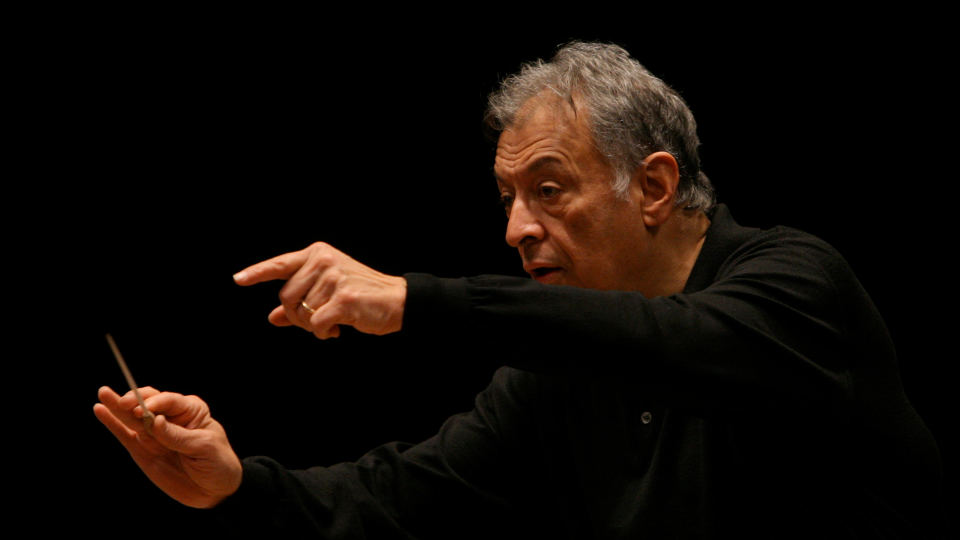 Since his first concert with the Berliner Philharmoniker, Zubin Mehta has presented a repertoire with the orchestra that ranges from Handel’s Messiah, the First Viennese School and the Romantic period, to pieces by Karlheinz Stockhausen and George Crumb. Here he performs a symphony from the 18th century, a symphonic poem from the 19th century and ballet music from the 20th century, all with very different musical styles.

Although Mozart wrote most of his symphonies in Salzburg, it is the later contributions to the genre from his Viennese period in particular that have become famous. It was precisely at the transition between these two stations in his life that he composed the C major Symphony K. 338 in 1780. Baroque festivity characterises the first movement, while the finale is considered a homage to the style of Haydn.

According to tradition, the folk hero Mazeppa was tied to the back of a horse as punishment for an inappropriate love affair, and was then driven into the steppes. Franz Liszt’s gripping symphonic poem depicts not only Mazeppa’s struggle for survival, but also his rescue in Ukraine.

To close the concert, he conducts excerpts from orchestral suites created by Sergei Prokofiev from his Romeo and Juliet ballet music. The selection begins with the mysterious depiction of the family feud, and includes the enchanting “Balcony Scene” and the elegant “Dance of the Girls from the Antilles” and concludes with the highly dramatic sounds of the death of Romeo’s opponent Tybalt.