Cathedrals of Culture – Wim Wenders’s film portrait of the Philharmonie 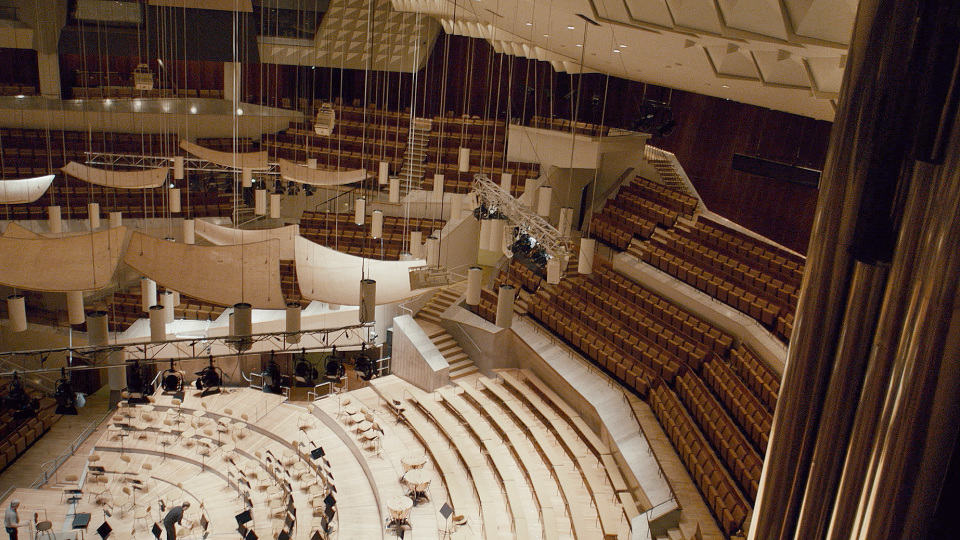 Cathedrals of Culture – Wim Wenders’s film portrait of the Philharmonie

The Berlin Philharmonie is one of the great architectural artworks of the 20th century, and so it is only natural to use artistic means to present it. The multi-award winning filmmaker Wim Wenders took up this project in 2014. As part of a six-part series on “cathedrals of culture”, he allows the Philharmonie to speak for itself. The building tells its own story, allowing the viewer to share in the visionary design of the architect Hans Scharoun. And of course the history of the Berlin Philharmonie also includes the people who come here to work, perform and to listen. We meet them here, too: the musicians, staff and visitors. All of this is captured in wonderful images that show the Philharmonie from unusual perspectives, from the attics to the study of chief conductor Sir Simon Rattle.