Crowd Out: A composition for 1000 voices by David Lang 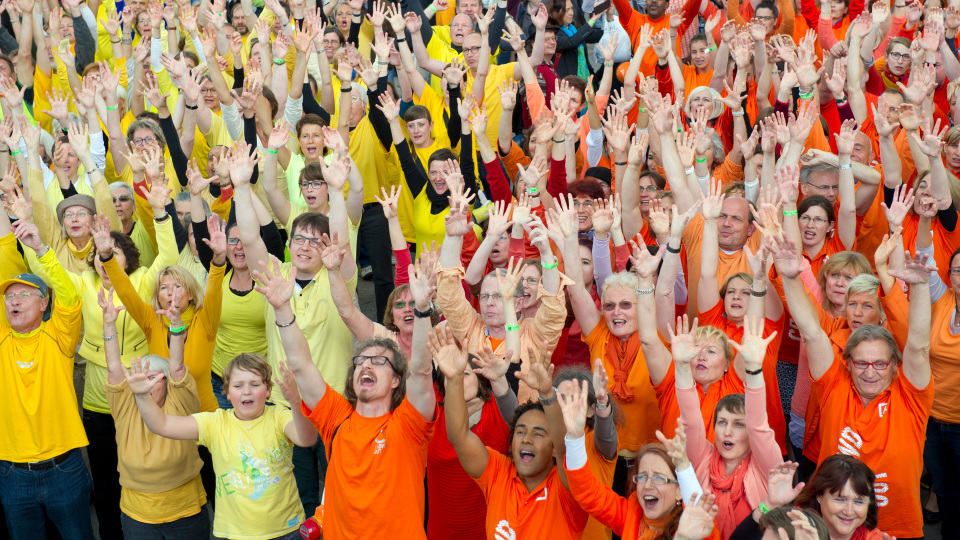 Crowd Out: A composition for 1000 voices by David Lang

Crowds are fascinating – especially if you find yourself in the middle of one. You can feel part of a mass one moment, and then completely alone the next, despite all the other people. And then there are the sounds, chants and dialogues that you get to hear in such a conglomeration of people. The composer David Lang – inspired by a visit to a football game – incorporated all of this in his work Crowd Out. The result was performed in the summer of 2014 at a festival of the Berliner Philharmoniker at the Kulturforum, next to the Philharmonie.

An exciting experiment: 1,000 singers from 21 Berlin choirs and clubs as well as five groups that had come together especially for this project, spoke and sang in a large-scale choreography in the middle of the city. Performers and audience were not separated, but flowed in and out of each other: the choreographed sets of choirs merged almost seamlessly with the audience. A broad panorama of emotions and sounds were to be experienced that summer’s day, at times chaotic, followed by a strange, wild counterpoint. In our film, you can find out more about the work and the performers, including the composer, the artistic director of the project Simon Halsey, the director Jasmina Hadziahmetovic – and of course some of the amateur singers who are visibly moved when they look back on the project following the performance.