Festival at the Kulturforum 2014 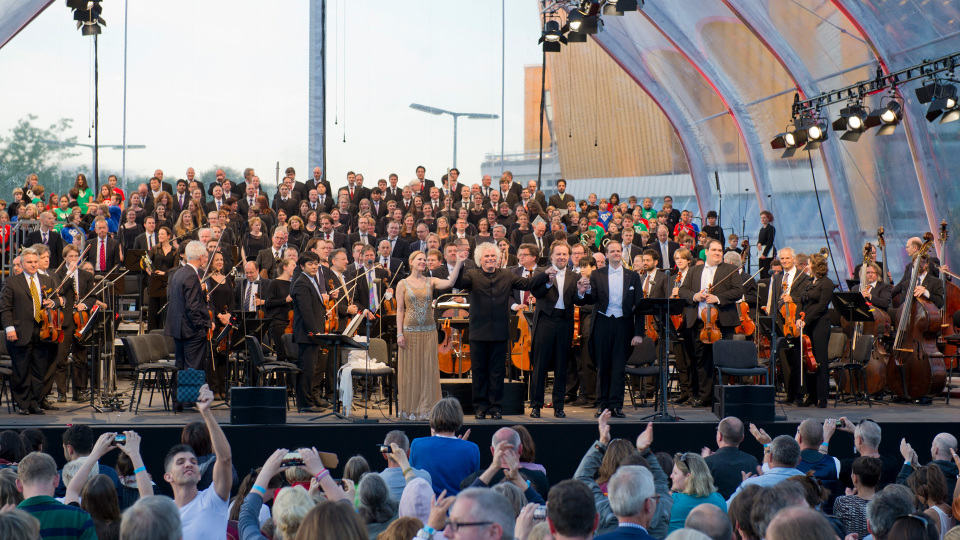 Festival at the Kulturforum 2014

The Berlin Philharmonie is a landmark of Berlin’s cultural scene, as everyone knows. But there are also other outstanding institutions of art and knowledge in its immediate vicinity: the Neue Nationalgalerie, the Gemäldegalerie and the Staatsbibliothek, to name but a few. They are all grouped around the Kulturforum, founded 50 years ago, and where in June 2014, a large festival was held. A widely varied programme of events was on offer, including art and music, dance, fashion, theatre, literature and architecture.

Among the musical highlights of the day was an open-air performance of Orff’s Carmina Burana with the Berliner Philharmoniker, Sir Simon Rattle and 100 children from the Berliner Philharmoniker’s new Education Choir project called Vocal Heroes. The breakdance world champions Flying Steps showed their fascinating interpretation of Bach’s Well-Tempered Clavier, and organ superstar Cameron Carpenter played on four different organs at the Kulturforum: the Mighty Wurlitzer in the Musikinstrumenten-Museum Berlin, the great Karl-Schuke organ in the Philharmonie, the organ of the St. Matthäus-Kirche, and finally on his own digital organ on the open-air stage. Another highlight was the world première of David Lang’s choral work Crowd Out which involved 1,000 whispering, singing and dancing amateur singers and actors from all over Berlin.

In our documentary, the Philharmoniker’s horn player Sarah Willis guides us through the festival and the forum itself. She talks to musicians and participants, introduces the different institutions and also gets involved in the music-making herself, giving an enchantingly improvised duet with jazz legend Klaus Doldinger.

Deutsche Bank supported the festival at the Kulturforum as its main sponsor and celebrated its successful 25-year-long partnership with the Berliner Philharmoniker.