Dmitri Shostakovich in his works 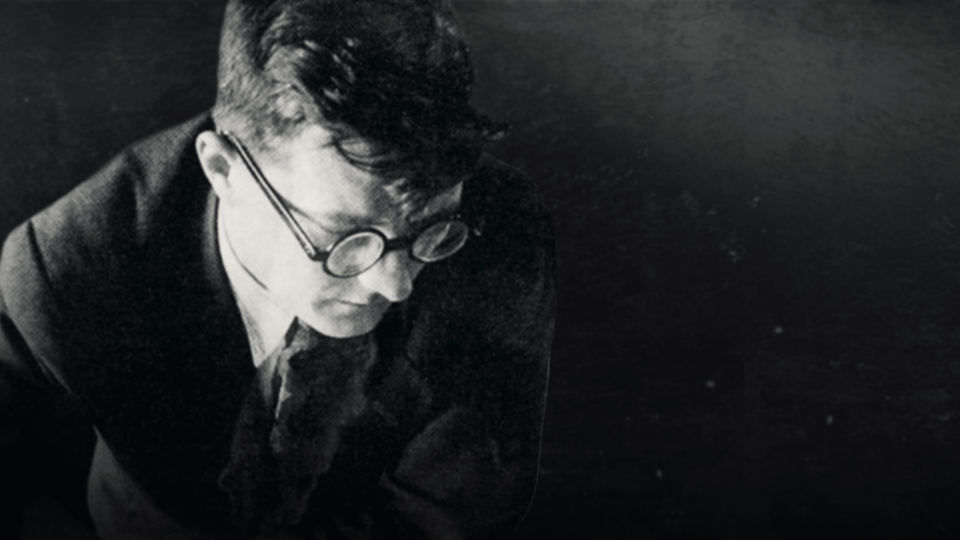 The balance in Dmitri Shostakovich’s life between recognition and threats from the state was always precarious. On the one hand, the international fame of the composer, who was awarded numerous prestigious prizes, was exploited to the full; on the other hand, he was repeatedly reprimanded by the cultural bureaucracy. For example, the artist had to reckon with his arrest every day after an article against the opera Lady Macbeth of Mtsensk was published in Pravda.

While some of Shostakovich’s works gathered dust, others were banned for years – and the Tenth Symphony wasn’t premiered until after Stalin’s death. But even officially acclaimed compositions are marked by a deep ambivalence. Shostakovich said about the supposedly triumphant finale of his Fifth Symphony that this is how the cheers of people sound who are threatened with the cudgel. Ever since the Berliner Philharmoniker presented the German premiere of this symphony in 1946 under the baton of Sergiu Celibidache, the music of the Russian composer has been an integral part of the orchestra’s programmes. However, while Herbert von Karajan exclusively conducted the Tenth, and Claudio Abbado only included a few of the composer’s works in his repertoire, Shostakovich is close to the heart for the Philharmoniker’s current chief conductor Kirill Petrenko. In the autumn of 2020, he presented the Eighth and Ninth Symphonies in rapid succession.

Our playlist contains symphonic main works as well as two solo concertos and, with the ballet suite The Golden Age, shows that Shostakovich also skilfully mastered the tone of sophisticated light music.