The Berliner Philharmoniker at the Waldbühne: musical highlights from all over the world 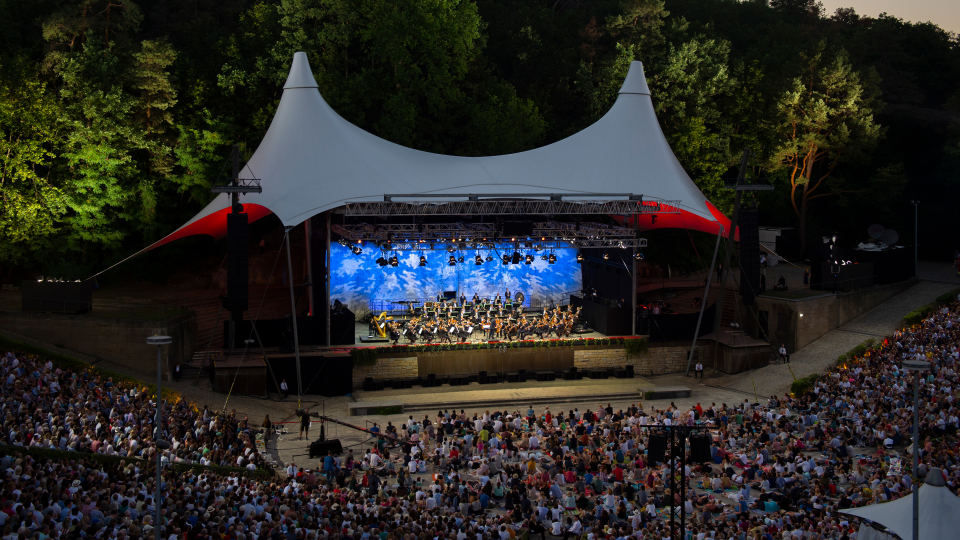 The open-air stage in the west of Berlin was built by the National Socialist regime and initially used as a venue for the 1936 Olympic Games. After this tainted beginning, the venue was adopted for more peaceful purposes. With its 20,000 seats, the Waldbühne is now a magnificent venue for open-air classical concerts. The Berliner Philharmoniker have been regular visitors here since 1984. At that time, the orchestra brought a season to a close for the first time at this special venue with a concert entitled “Berlin Summer Night” – and established a popular tradition that continues to this day.

In addition to the chief conductors of the Berliner Philharmoniker, key guest conductors are also frequently at the helm. Gustavo Dudamel even made his debut with the Philharmoniker here in 2008 with a programme dedicated to Latin American music. Among others, our playlist features the doyen of the French conducting scene Georges Prêtre with works by Berlioz, Claudio Abbado with music from his Italian homeland, Seiji Ozawa with Rhapsody in Blue from his adopted American home, and Sir Simon Rattle with film compositions by John Williams. Star soprano Renée Fleming also shows with her performance of Antonín Dvořák’s enchanting Song to the Moon that the Waldbühne is the ideal setting for lyrical as well as upbeat works.