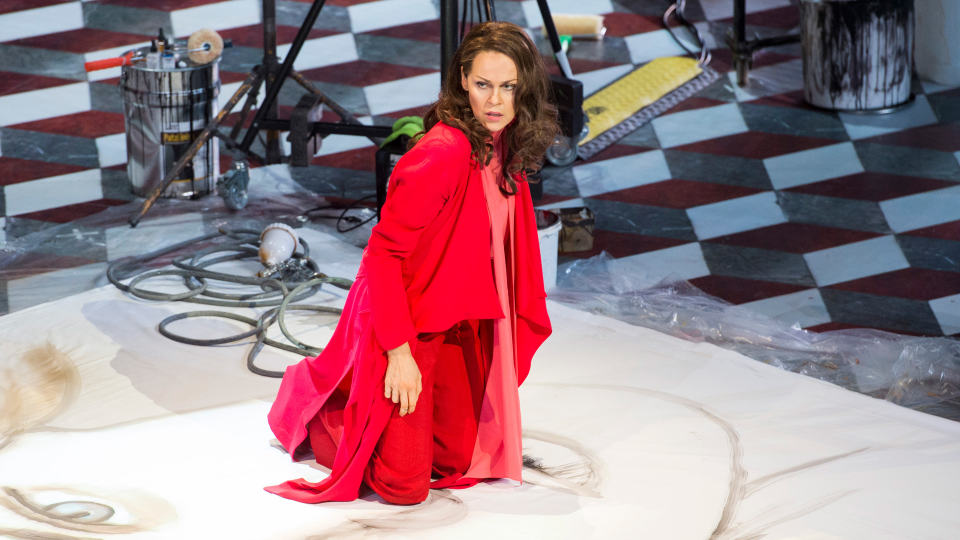 17 Apr 2017
From the Baden-Baden Festspielhaus

Until recently, the operas of Giacomo Puccini were among the very few areas of the musical world map unexplored by Sir Simon Rattle. That changed in 2014 with the acclaimed production of Manon Lescaut at the Easter Festival in Baden-Baden. And now, in the same place three years later, there is a staging of Tosca, one of the most exciting opera thrillers of the repertoire. At the same time, this premiere ties in with the great Puccini tradition of the Berliner Philharmoniker under Herbert von Karajan.

The composer, and especially his Tosca, are sometimes associated with the style of verismo. Although as in all great works of art, the actual “truth” is of a more poetic nature, the composer and his librettist portray an amazing closeness to reality with this musical drama: not only because the profession of opera singer Floria Tosca is identical to her interpreters and each of the three acts takes place in real location in Rome, but also because the events play out with chamber play-like intensity against a geopolitical backdrop. In particular police chief Scarpia – together with Verdi’s Iago and Wagner’s Hagen, one of the darkest villains in opera history – who wreaks bloody revenge on the partisans of Napoleon and the Roman Republic on behalf of the restorative forces. These include the painter Cavaradossi, Tosca’s lover, who helps hide the deposed and persecuted consul Angelotti. In Puccini’s brilliant score, brutality, torture, murder and execution contrast with moments of unearthly beauty such as Tosca’s hymn to art and love (“Vissi d’arte”) and Cavaradossi’s farewell aria “E lucevan le stelle”. The vocal ensemble is headed by the Latvian soprano Kristine Opolais, currently one of the most successful performers of the Italian repertoire.