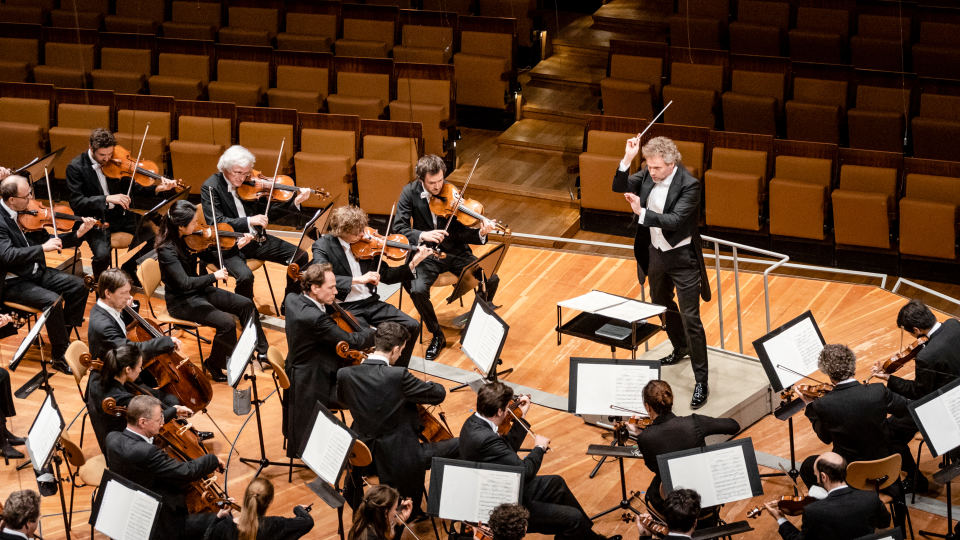 Led by Danish conductor Thomas Søndergård, Music Director of the Royal Scottish National Orchestra, this concert presents the music of the 1920s from an international perspective. The programme opens with a suite from the opera The Love for Three Oranges by Sergei Prokofiev, who epitomised the cosmopolitan spirit of that time. First performed in Chicago in 1921, this was an opera by a Russian composer based on an Italian play and premiered at an American opera house in French. The audience reacted cautiously, but later the enchanting fairy-tale piece became probably Prokofiev’s most popular opera.

For those who still had the triumphant final chords from Jean Sibelius’s Fifth Symphony in their ears, the primarily lyrical Sixth came as a surprise. The symphonic composer had reinvented himself once again with modal colours. Premiered in 1923, the Sixth is already one of the farewell works of the composer who was to fall almost completely silent in the last 30 years of his life.

The concert ends with another contribution to the Kurt Weill focus of this online festival. While the genre designation in the title of the Threepenny Opera was intended as parody, The Rise and Fall of the City of Mahagonny, again written in collaboration with Bertolt Brecht, is a real opera with a full orchestra. In almost all of Weill’s music theatre pieces, there are individual numbers that also became popular independently of their original context. The Alabama song from the Mahagonny opera has become particularly well-known.

Danish conductor Thomas Søndergård is music director of the Royal Scottish National Orchestra, following six seasons as principal guest conductor. He served as principal conductor of the BBC National Orchestra of Wales from 2012 to 2018, and prior to this, as principal conductor and musical advisor of the Norwegian Radio Orchestra for three seasons. He has conducted many leading orchestras including the Chicago Symphony Orchestra, Royal Concertgebouw Amsterdam, London Philharmonic and London Symphony Orchestra, Oslo Philharmonic and a number of orchestras in Germany, such as Bamberger Symphoniker, Deutsches Symphonie-Orchester Berlin, Rundfunk-Sinfonieorchester Berlin and Gewandhausorchester Leipzig. A passionate supporter of the music of Carl Nielsen, Søndergård conducted the Mahler Chamber Orchestra in Nielsen᾽s Sixth Symphony at Musikfest Berlin in September 2015. Also experienced in the opera, he has conducted productions at Royal Danish Opera, Norwegian Opera, Royal Swedish Opera, Bayerische Staatsoper (Turandot) and Deutsche Oper Berlin, where he led the premiere of Andrea Scartazzini᾽s Edward II. in 2017.
Thomas Søndergård was born in Holstebro in 1969 and studied percussion at the Royal Danish Academy of Music in Copenhagen. He began his career as percussionist with the Royal Danish Orchestra, before turning to conducting. He now makes his debut at the helm of the Berliner Philharmoniker.

“The Golden Twenties”: A night at the Moka Efti