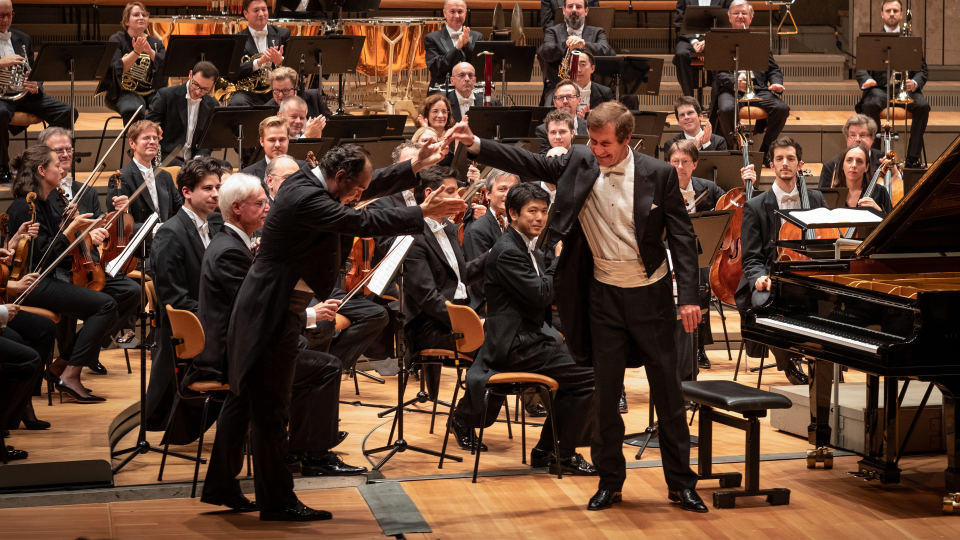 Tugan Sokhiev has already combined works from the French and Russian repertoires in several previous performances with the Berliner Philharmoniker. In this concert, compositions by Rachmaninov and Rimsky-Korsakov are juxtaposed with Ernest Chausson’s Symphony in B flat major. The violinist Eugène Ysaÿe described Chausson at the time as a “sincere, gently melancholic poet”. The composer’s only completed symphony was written between 1890 and 1891 in a protracted process during which Chausson went through alternating “phases of anger, glee, enthusiasm and despair”. Echoes of Tristan and Isolde and Parsifal reveal Chausson’s admiration for the music of Richard Wagner. The symphony’s three-movement structure and the use of the same themes in all movements, on the other hand, go back to the model of the D minor symphony written a few years earlier by Chausson’s teacher César Franck.

The concert begins with the overture to Nikolai Rimsky-Korsakov’s opera The Tsar’s Bride and Rachmaninov’s First Piano Concerto. Like Chausson’s symphony, these two works were written in the 1890s. Rachmaninov wrote his substantially revised First Piano Concerto in 1917 at the age of 17, at the end of his studies in Moscow. The extroverted virtuosity in the outer movements and the lyrical intimacy of the Andante cantabile already look ahead to the Second and Third Piano Concertos. The soloist in this performance is Nikolai Lugansky, who made his debut with the Berliner Philharmoniker in 2016 – also under the direction of Sokhiev and with a piece by Rachmaninov. Rachmaninov’s First Piano Concerto documents not least the eminent technical playing skills of the composer himself, whom Lugansky describes as perhaps the “greatest pianist of all time”.

Liszt’s Piano Concerto No. 1 with Tugan Sokhiev and Boris Berezovsky