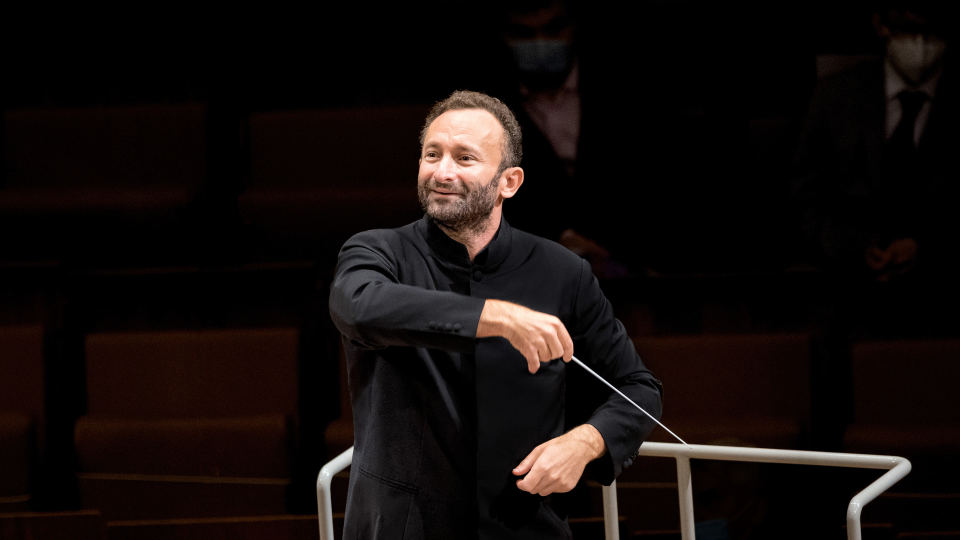 With this programme, chief conductor Kirill Petrenko and the Berliner Philharmoniker continue their joint exploration of the symphonies of Felix Mendelssohn and Dmitri Shostakovich, which began in the 2020/21 season.

Under Stalin’s rule, all artistic production in the Soviet Union had to submit to the control of the Communist Party and its authorities. Even the slightest suspicion of non-conformity was enough for the censors to ban a work. In 1936, the condemnation of Lady Macbeth of Mtsensk, probably initiated by Stalin himself, put an end to Shostakovich’s career as an opera composer. A few years later, even the supposedly apolitical genre of the symphony proved too risky: the initially successful Ninth Symphony, premiered in 1945, led to renewed official condemnation of the composer. In the years that followed, Shostakovich published some verbal and musical lip service to the regime, wrote his more important works only for them to gather dust, and was forced to take a private course on Stalin’s supposed “scientific activity”. Shostakovich’s Tenth Symphony was not premiered until after the dictator’s death in December 1953. According to the composer’s posthumously published and in part controversial memoirs, the second movement is a portrait of Stalin. The work unmistakably depicts a struggle between collective powers and the individual, represented, as so often in Shostakovich’s work, by his own tonal initials D-(E)S-C-H. The ominous mood lightens in the last movement, in which hope for a better future can be heard.

A similar dramaturgy, leading from initial gloom to an optimistic finale, can also be discerned in Mendelssohn’s Third, the so-called “Scottish” Symphony. Although the composer published the work without an epithet, he had already reported on his work on a Scottish symphony in a letter from 1829. However, it took 13 years from his first inspiration, which Mendelssohn found during his visit to Holyrood Palace in Edinburgh – where Mary Stuart, Queen of Scots, temporarily resided – to the first performance of the work. As probably the composer’s most important contribution to the genre, this symphony clearly deviates from the classical model in some respects: the four movements follow each other without interruption. The theme of the unusually extended introduction is quoted in the transition to the second movement, and in the scherzo, Mendelssohn refrains from inserting a contrasting trio section. The Adagio, with its broad, sweeping main theme intoned by the cellos in the recapitulation, is one of the most beautiful movements of the Romantic period.

Concert to commemorate the 25th anniversary of the Chernobyl nuclear disaster

Kirill Petrenko conducts Beethoven and Strauss at the Berlin Palace