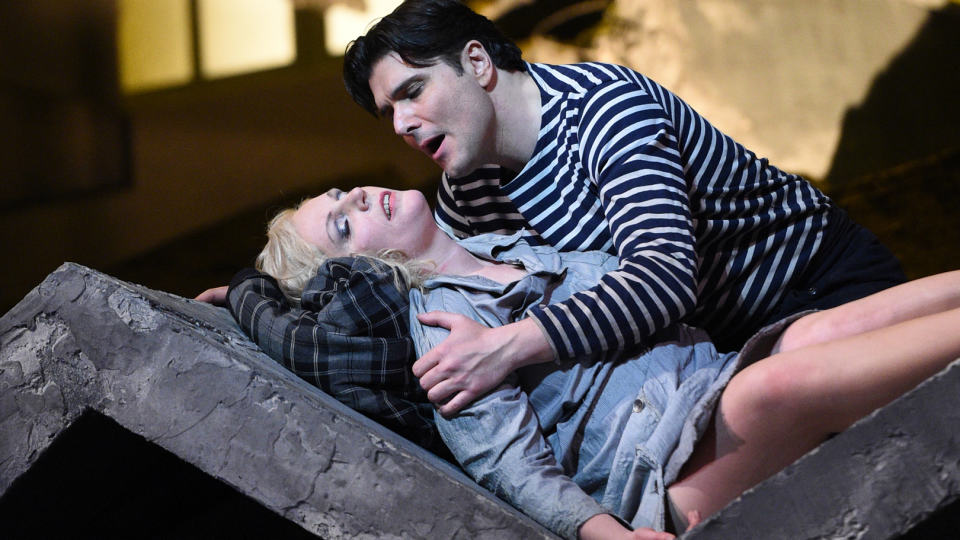 16 Apr 2014
From the Baden-Baden Festspielhaus

From naive innocence to femme fatale and outlaw – the fall from grace of the heroine of Abbé Prévost novel L’Histoire du chevalier des Grieux et de Manon Lescaut is extreme. No wonder that the easygoing Manon Lescaut, who shifts constantly between true love and her lust for luxury, inflamed the imagination of opera composers. With the dramma lirico Manon Lescaut, the 35-year-old Giacomo Puccini made his artistic breakthrough in 1893. The work established him as one of the leading opera composers of his time – even although there was already the extremely successful Manon by the Frenchman Jules Massenet. But Puccini knew how to create a unique version, full of passion and drama, captivating melodies and seductive instrumental textures.

The role of Manon Lescaut is sung by the Dutch soprano Eva-Maria Westbroek, a soloist held in high regard by the Berliner Philharmoniker: She has been engaged on several occasions to sing the role of Sieglinde in Wagner’s Die Walküre: both for the concert performances in 2005 and 2012, and for the staged operatic productions in Aix-en-Provence and Salzburg in 2007 and 2008. Each time, she impressed audiences with her expressive voice, in both lyrical and dramatic moments.

At her side as Des Grieux, Manon’s great love, is the Naples-born Massimo Giordano, one of the leading bel canto tenors. This co-production with the New York Met is directed by the British theatre, film and opera director Richard Eyre.