Gustavo Dudamel conducts Tchaikovsky and Brahms at the Waldbühne 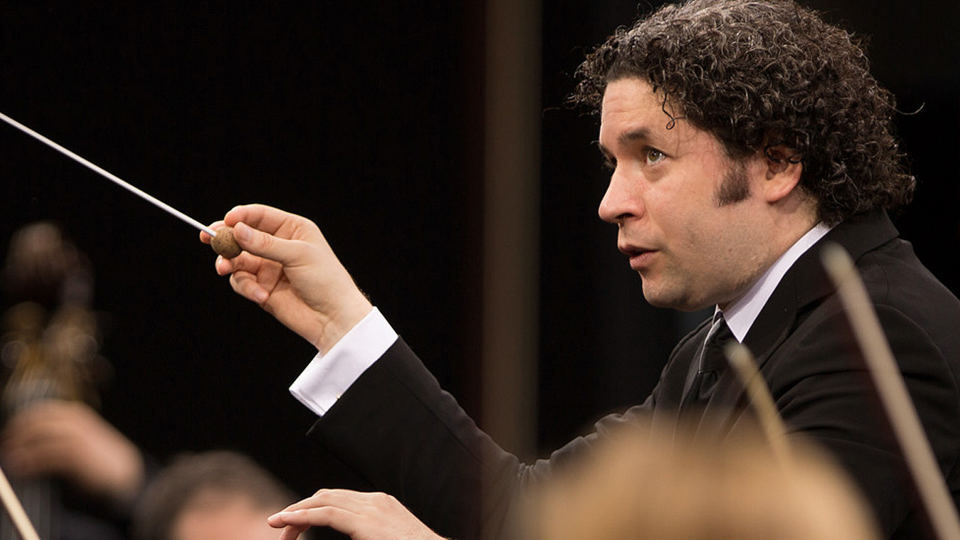 At his first Waldbühne Concert in 2008 Gustavo Dudamel paid tribute to the open-air summer ambiance of these events and put together a programme titled “Rhythms of the Night”. Six years later, the now thirty-three-year-old conductor struck an entirely different note and marked Shakespeare’s 450th birthday by performing two pieces by Tchaikovsky that were inspired by the Bard of Avon: the famous fantasy overture Romeo and Juliet and the far too rarely performed symphonic fantasy on The Tempest. These were followed by a cornerstone of the late Romantic German repertory: Johannes Brahms’s First Symphony.

The young Venezuelan maestro has always felt a very special affinity for Tchaikovsky’s music since it has from the outset been a regular feature of the programmes of the El Sistema youth orchestras with which Dudamel grew up: “If you want to engage the attention of kids who have never heard classical music, then you should try Tchaikovsky. His compositions develop in a clear and easily understandable way and conjure up the same sort of vivid images as ballet music.” The two works on this evening’s programme likewise evoke particular images in their listeners’ minds: the story of the way in which Shakespeare’s star-crossed lovers are destroyed by the irreconcilable hatred of their two warring families finds expression in one of the most famous melodies in the whole of classical music, while in The Tempest the sea becomes the defining element in creating the atmosphere on Prospero’s enchanted island.

After the interval came Brahms’s First Symphony, a work that the composer completed only after years of effort but which finally found him breaking free from Beethoven’s intimidating influence. In the opinion of the Berliner Morgenpost the combination of Russian and German Romanticism proved particularly felicitous, since Dudamel “declared Brahms and Tchaikovsky to be musical blood-brothers and turned the former composer’s First Symphony into four symphonic tableaus animated by thrilling restlessness and luxurious cinemascope emotions.” And the critic of Der Tagesspiegel was excited by the “musical sparks that were struck when Latin American fire and carefree youth encountered a highly refined body of players. The air above Berlin was no longer filled with the smell of local beer but bubbled like champagne.”

Seiji Ozawa conducts a Russian Night at the Waldbühne

With Gustavo Dudamel in Taiwan