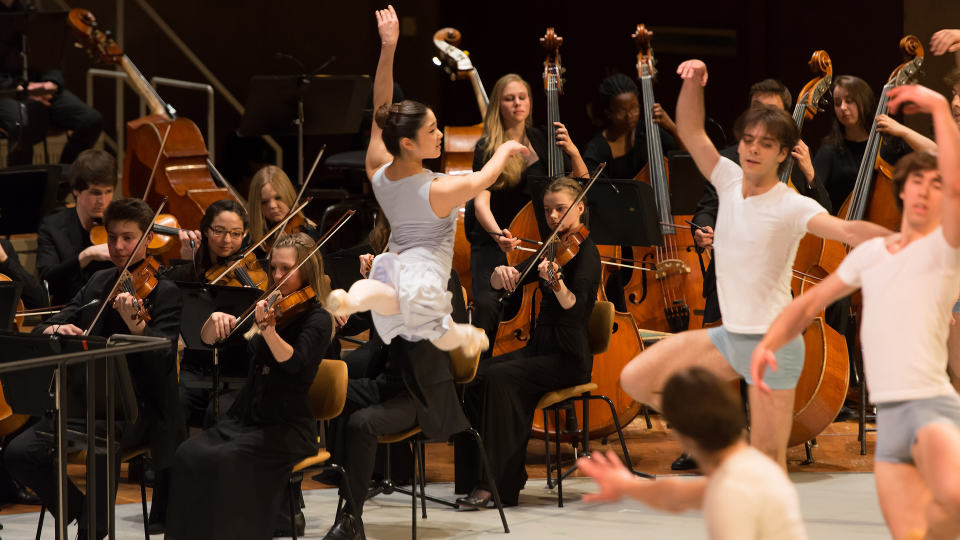 04 May 2014
At the invitation of the Berliner Philharmoniker

In his Sorcerer’s Apprentice of 1897, based on Johann Wolfgang von Goethe’s ballad of the same name, Paul Dukas completely translated the character of his poetic model into music – making possible Walt Disney’s brilliantly successful visualisation of Dukas’ orchestral scherzo in his 1940 animated film Fantasia. The enduring popularity of this single-movement work probably owes as much to its almost theatrical precision in conveying the events of Goethe’s poem as to its sheer musical quality.

The National Youth Orchestra of Germany under British conductor Alexander Shelley gathers young musicians between the ages of 15 and 19 from all over Germany and sets them an extraordinary musical challenge, performing Dukas’ masterpiece in the Berlin Philharmonie.

They then play Joseph Haydn’s Symphony No. 30 in C major, which takes its nickname “Alleluja” from the reference in the first movement to the beginning of an alleluia antiphon for Holy Saturday. With this work, the German National Youth Ballet, which also presents choreography by Wubkje Kuindersma, Sasha Riva and Marc Jubete, performs the premiere of a dance creation by its general director and artistic supervisor John Neumeier.

James MacMillan’s fanfare Exsultet alludes to the Easter Proclamation celebrating Christ’s Resurrection. It begins with deep brass, moves to an emphatic climax, then to massive blocks of E major and B major chords that alternate between pianissimo and fortissimo. As a rousing opening to their programme, the orchestra performs the ballet suite Alagoana, an early score by Bernd Alois Zimmermann which calls for maracas, bongos and claves and incorporates “Brazilian or Amazonian folk music”.