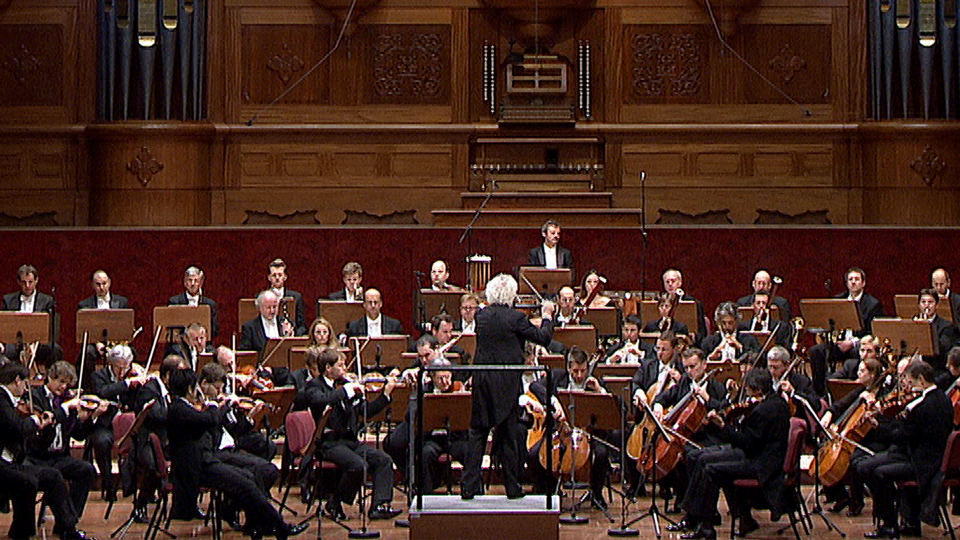 When an orchestra goes on tour, it usually includes works in its programme which demonstrate the full range of qualities of its players. This concert with Berliner Philharmoniker and Sir Simon Rattle in the National Concert Hall in Taipei from 19 November 2011 is a particularly good example of this approach.

Maurice Ravel’s Alborada del gracioso, which opened the concert, is already highly demanding. Complex melodies, sophisticated solos, surprising changes: all need to be addressed with the greatest of ease to allow the Mediterranean fire of the music to smoulder. Subtle in expression, but no easier to perform, is Toshio Hosokawa’s Horn Concerto, which expresses a magical process through sound: the blossoming of a lotus flower. The work was commissioned by the Berliner Philharmoniker Foundation and premièred in February 2011 at the Philharmonie in Berlin. Both then and in this recording, the soloist is Stefan Dohr, principal horn with the Berliner Philharmoniker since 1993.

The culmination of this guest appearance is Bruckner’s Ninth Symphony, a late Romantic work – the same period as when the orchestra itself was founded, in 1882. The orchestra’s interpretations of the music of this era have contributed significantly to the international fame of the Berliner Philharmoniker. The tour audience approaches Bruckner performances with exactly these high expectations, where the full, velvety strings of the orchestra are able to unfold, as can the sonorous and brilliant sound of its wind section.