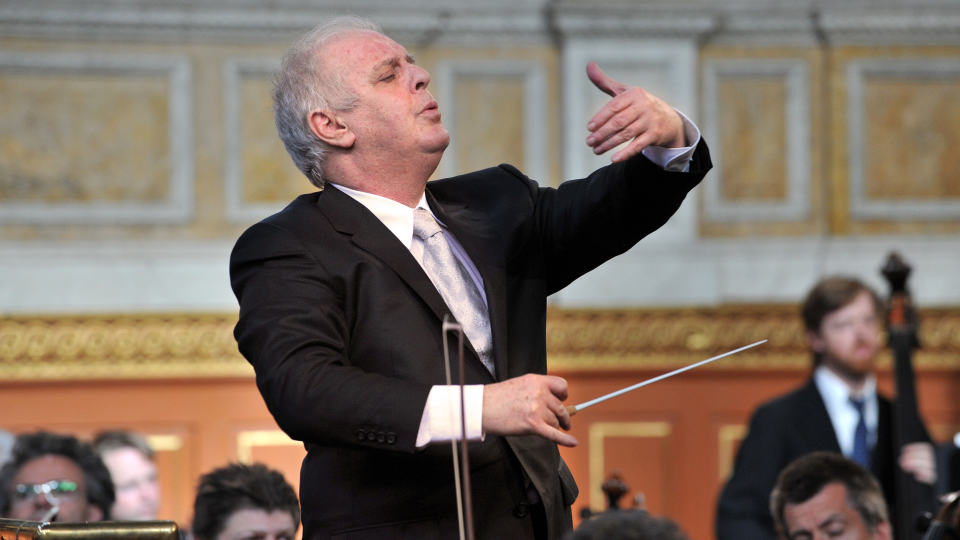 01 May 2010
Europakonzert from Oxford

Since 1991, the Berliner Philharmoniker have been celebrating the anniversary of their foundation on 1 May 1882 by giving a concert in a place of special historical and cultural significance. In 2010 they travelled to the venerable Sheldonian Theatre in Oxford, which was built between 1664 and 1669 to a design by Sir Christopher Wren and named after the University’s then chancellor, Gilbert Sheldon. In spite of its name, the magnificent structure was never intended for the performance of plays but as a suitable backdrop for the conferment of academic degrees – Daniel Barenboim, who was conducting the 2010 European Concert, had himself received an honorary doctorate in this very place in 2007.

In Oxford the night before 1 May is traditionally spent in riotous celebration, with the result that many a concertgoer may still have been hung over on the morning of the concert. In consequence the first item on the programme – the Prelude to Act 3 of Wagner’s Die Meistersinger von Nürnberg – may have seemed like a musical commentary on their current state. In it Hans Sachs broods on human folly in the wake of the turbulent events of the previous night in the streets of his town.

Elgar’s Cello Concerto followed, rekindling memories of Oxford-born cellist Jacqueline du Pré, one of the most famous exponents of the work and Barenboim’s wife until her tragically premature death. The young American cellist Alisa Weilerstein refused to be intimated by this legacy and, according to the critic of the Berliner Morgenpost, “exuded girlish charm and transformed profound resignation into life-affirming freshness”. The concert ended with a classic of the symphonic repertory, Brahms’s First Symphony. The critic of The Guardian noted that “the energy that pulsed through” the work was “irresistible” and that “its phrases” were “sculpted in great expressive arcs with every detail and woodwind solo thrillingly realised”.