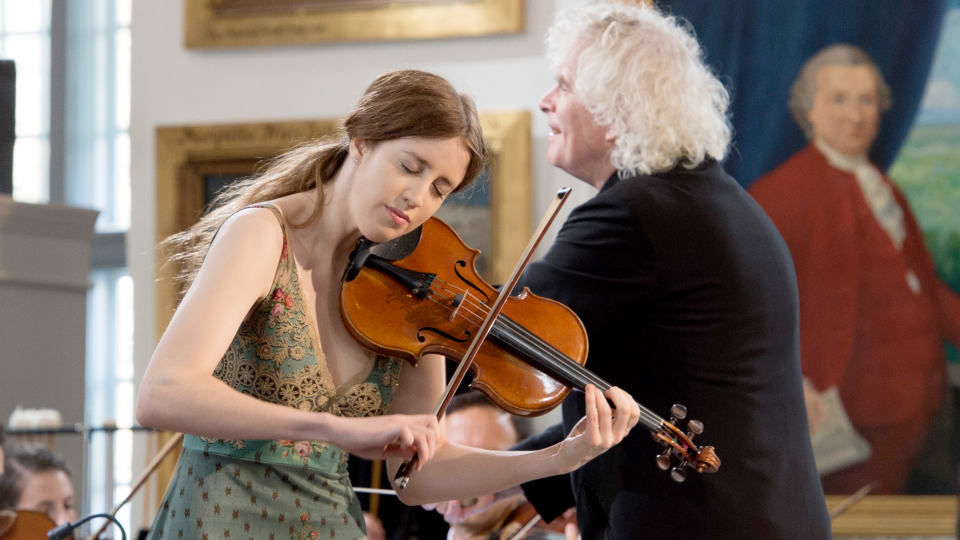 Once again, the European Concert takes the Berliner Philharmoniker to an exceptional venue. This time, the choice has fallen on the beautiful Baroque church of Røros, a Norwegian mining town whose intact picturesque old town makes it a UNESCO World Heritage Site. One of the great traditions of the European Concert is to honour the respective “genius loci” – by including either a local composer or artist as part of the programme. In Røros there are both: the short, wonderfully poetic piece Evening in the mountains by Edvard Grieg, plus the participation of the talented violinist, Vilde Frang, who also comes from Norway. The playing of the young musician is characterised by warmth, elegance and effortless virtuosity: ideal requirements for Mendelssohn’s noble, songful Violin Concerto in E Minor. Finally, the audience of the European Concert gain an insight into a key project of the Philharmoniker’s 2015/2016 season. Sir Simon Rattle and the orchestra perform the Eroica, a symphony from the Beethoven cycle which caused a sensation in Berlin and on tour internationally.

Mendelssohn’s Violin Concerto combines Classical proportions and Romantic spirit with innovations of form. The first theme, for example, is introduced by the solo instrument rather than the orchestra, the cadenza is in an unusual position, and the first movement merges seamlessly into the slow movement. In contrast to these more discreet innovations, Beethoven’s Third Symphony looks downright seditious. This is not by chance, as it reflects the social upheavals in revolutionary France.