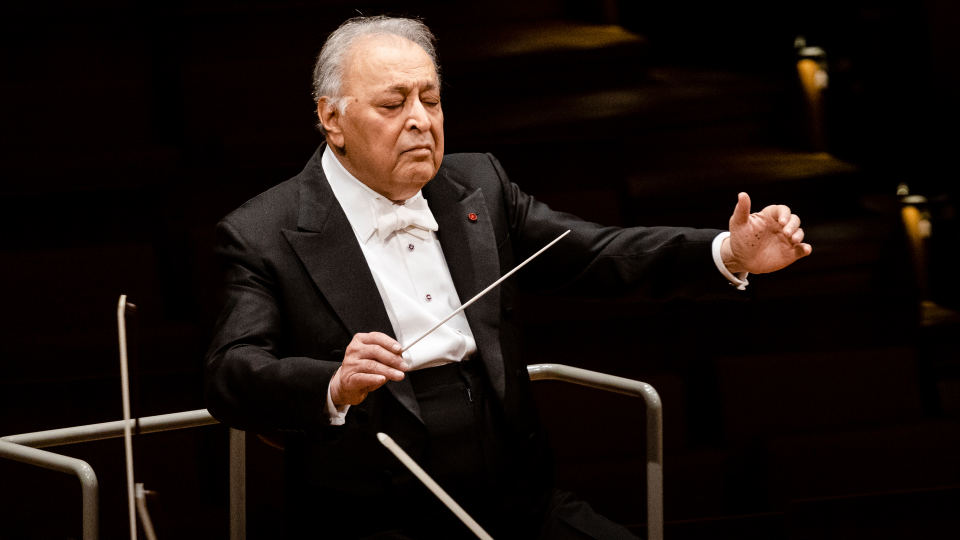 Anton Bruckner and Olivier Messiaen have in common that their instrumental works served a religious purpose. And yet, since the First Viennese School, instrumental music had actually been considered a secular matter. It is no coincidence that Beethoven in his Ninth Symphony and Mendelssohn in his Second Symphony used the text sung by soloists and choruses to invoke the praise of the Creator. For Bruckner and Messiaen, on the other hand, certain chord combinations, harmonic progressions and the overall architecture of their compositions represented the expression of their deep faith.

According to one oral account, Bruckner dedicated his Ninth and last symphony “to the beloved God”. Even on his deathbed, he is said to have pleaded to be given the time needed to complete the work. But in vain. When he died, the composer left only three completed movements and extensive sketches for the finale. The symphony ends with the magnificent Adagio and without a return to the home key of D minor.

In 1964, Olivier Messiaen was commissioned by the then French Minister of Culture, André Malraux, to write music in memory of the victims of both world wars. Unusually scored for wind orchestra and percussion, he prefaced the five movements of his composition Et exspecto resurrectionem mortuorum with biblical quotations. The title, whose translation is “and I await the resurrection of the dead”, is part of the Credo section in the text of the Latin Mass.

Zubin Mehta has turned to Bruckner’s late symphonies with the Berliner Philharmoniker several times in recent years. Messiaen’s composition has also been on a joint programme before: in 1980, Mehta juxtaposed it with Schubert’s Symphony in C Major, another great valedictory work.

Zubin Mehta was born in Bombay in 1936 and studied under Hans Swarowsky at the Vienna Academy of Music. The winner of the 1958 International Conductors’ Competition in Liverpool and of the Koussevitzky Competition in Tanglewood, he was by his mid-twenties already principal conductor of the Montreal Symphony Orchestra, where he remained from 1961 to 1967, while holding a similar appointment in Los Angeles from 1962 to 1978. Also at this time he made his debut with the Vienna Philharmonic and the Israel Philharmonic, becoming the Israel PO’s music director in 1977. Furthermore, he has also been principal conductor of the New York Philharmonic (1978 to 1991) and the Teatro del Maggio Musicale in Florence(1985 until 2017). Zubin Mehta ended his tenure with the Israel Philharmonic 50 years after his debut in October 2019. In addition to his engagements in the concert hall, Zubin Mehta has also appeared in many of the world’s leading opera houses and from 1998 to 2006 was general music director of the Bavarian State Opera and Orchestra in Munich.
Among the numerous honours that Zubin Mehta has received are the United Nations’ Lifetime Achievement Peace and Tolerance Award in 1999, membership of the French Legion of Honour in 2001 and the Commander’s Cross of the Order of Merit of the Federal Republic of Germany in 2012. In February 2019, he was named honorary member of the Berliner Philharmoniker in gratitude for his long association with the orchestra. He last conducted the Berliner Philharmoniker in November 2019 in Bruckner’s Eighth Symphony.
Together with his brother Zarin, Zubin Mehta founded the Mehli Mehta Music Foundation in Mumbai with the aim of introducing children to western classical music. The Buchmann-Mehta School of Music in Tel Aviv develops young talent in Israel and has close ties with the Israel Philharmonic Orchestra, as is a project of teaching young Arab Israelis from Shwaram and Nazareth with local teachers and members of the Israel Philharmonic Orchestra.