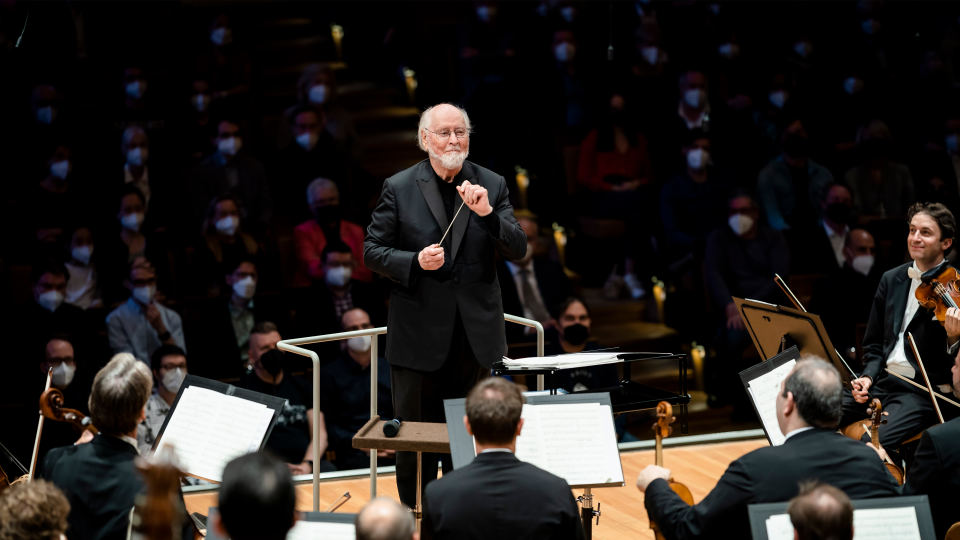 John Williams is one of film music’s most sought-after composers, and has written the soundtracks to many of the world’s most successful films. Individual motifs from the Star Wars series, E.T. and Jaws have a similarly distinctive character for film music today as the of the opening bars of Beethoven’s Fifth Symphony and Mozart’s Symphony in G Minor for classical music. Fans of Star Wars, Jurassic Park and Indiana Jones undoubtedly can’t imagine their beloved fantasy universes without the at times opulent, at times lyrically restrained sounds of Williams. By 2021, Williams, whose career is closely associated with the films of Steven Spielberg, had been nominated for an incredible 52 Academy Awards, which he won five times between 1972 and 1994.

John Williams studied piano at the Juilliard School in New York and has written many works, including solo concertos and two symphonies. The composer, who between 1980 and 1993 was music director of the Boston Pops Orchestra, an ensemble which specialises in popular music, has regularly conducted the USA’s major orchestras in the last decades. In 2020, he made his first guest appearance with the Vienna Philharmonic, and his appearance in October 2021 marks his debut with the Berliner Philharmoniker. The programme is an entertaining journey through the wide-ranging film music of John Williams, including specially arranged suites of several pieces from the Harry Potter and Indiana Jones series, among others. In addition, the orchestra’s first principal cellist Bruno Delepelaire will be featured as the soloist in a moving elegy.