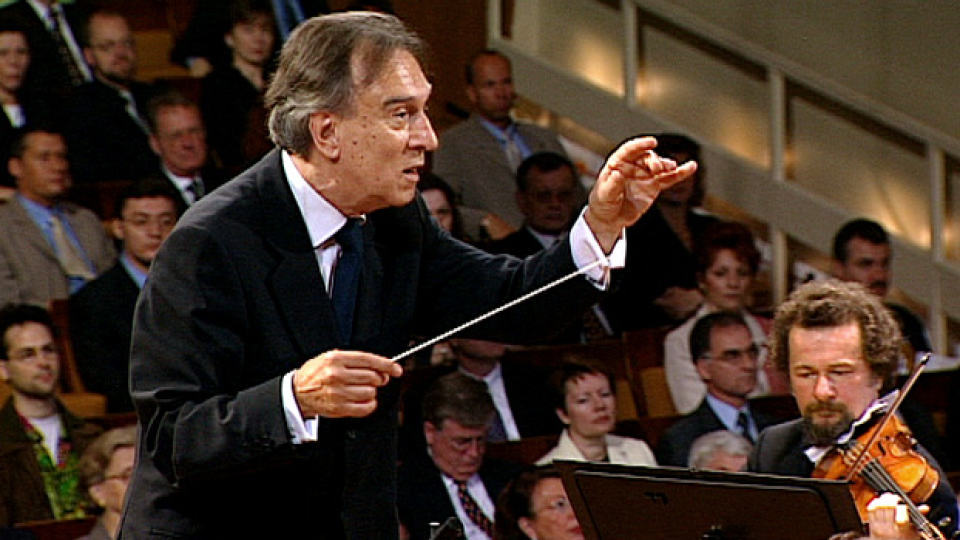 01 May 2000
Europakonzert from Berlin

Many performances of Beethoven’s Ninth Symphony are not only intended to provide entertainment but also to give musical expression to a festive event. One such occasion was the European Concert from 2000, conducted by Claudio Abbado – the tenth event of its kind. While the Berliner Philharmoniker had travelled around the music centres of the “old world” for the preceding European Concerts, they used this small jubilee to invite a worldwide television audience to their home in the Phiharmonie in Berlin.

Beethoven’s Ninth Symphony has become a classic worldwide hit due in particular to the final chorus with Schiller’s Ode to Joy. The composer himself had been thinking about a setting of the text for decades, but only in the Ninth did he find the right place for this utopian view of a world in which all men are brothers. The performance of the symphony in a European Concert is, as such, an obvious idea, as the melody to Schiller’s Ode has been the official anthem of the European Union since 1985 – in an arrangement that is incidentally by Herbert von Karajan.

In stark contrast to Beethoven’s final symphony, this European Concert also includes the Piano Concerto in B-flat major – performed here with Mikhail Pletnev as the soloist. This is generally considered to be Beethoven’s second, but according to the date of its composition, it is his first major orchestral work ever. Although the perfect musical balance of a Haydn or Mozart still prevails, there are already those unexpected accents and outbursts which Beethoven became famous for. In this way the work documents – as ultimately does the whole of the European Concert – a composer finding himself.