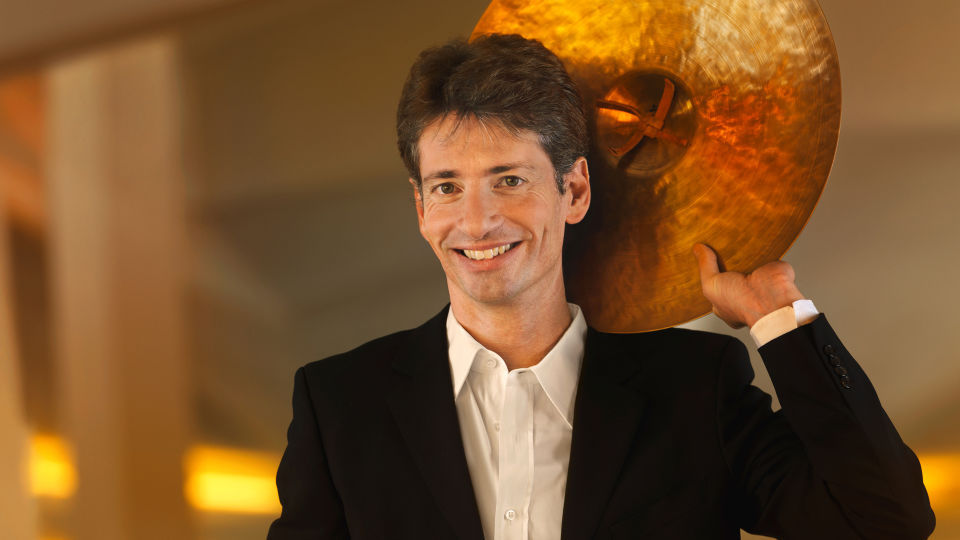 Raphael Haeger, a member of the Berliner Philharmoniker since 2004, says that percussionists often find themselves outsiders in the symphonic orchestra. And indeed: the career of these musicians is often different from their colleagues, with origins in jazz and rock music. And unlike timpanists, percussionists were not included in most works by composers of the Classical-Romantic repertoire. In order to allow himself a more intensive exploration of this music, Haeger has additionally undergone training as a conductor. In his main job, we learn that the numerous instruments of his profession can be divided into two categories and why, unlike the piano, one cannot play the marimba, vibra or xylophones with closed eyes. Haeger not only deals with sounds but also with language in a confident and experimental way as can be seen again and again in this film in the series The Berliner Philharmoniker and its Instruments, such as when he compares the notes of his various instruments in the overall sound of the orchestra to the “white sea spray” which rests on top of waves.