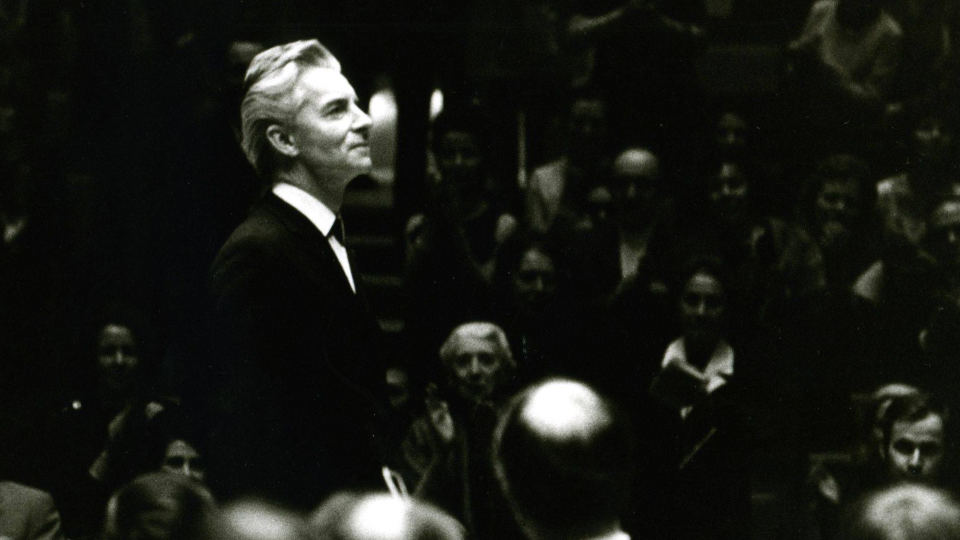 Founded in 1882, the Berliner Philharmoniker are a relatively young orchestra in comparison with ensembles such as the Staatskapellen in Berlin and Dresden. Contemporary witness accounts go back over just a few generations to the early years. But the orchestra’s history is also so well documented because of the rapid advances in recording media in the 20th century. Wilhelm Furtwängler’s work is extensively documented on disc, and numerous film recordings followed in the era of Herbert von Karajan. Our playlist brings together recordings of some particularly memorable concerts between 1966 and 2020.

The selection begins with Herbert von Karajan’s studio production of Beethoven’s Fifth Symphony, whose visual realisation was entrusted to the renowned film director Henri-Georges Clouzot. This is followed by an unforgettable concert given by the Berliner Philharmoniker with Daniel Barenboim just three days after the fall of the Berlin Wall. The annual European Concert is also dedicated to a Europe united in peace. The founding event with chief conductor Claudio Abbado in Prague in 1991 was an all-Mozart affair. One year later, Sergiu Celibidache returned to Berlin for the first time. The conductor, disgruntled by the election of Herbert von Karajan, was persuaded to give a guest performance after an absence of 38 years. The Philharmoniker’s first tour of Israel is just as legendary: under the direction of Zubin Mehta, they performed together with the Israel Philharmonic Orchestra in 1990. The first European concert with chief conductor Kirill Petrenko was also to take place in Israel in 2020. Due to the outbreak of the corona pandemic, the tour had to be cancelled. The moving performance of Mahler’s Fourth Symphony given in its stead in the Philharmonie, with only 15 orchestra members playing, can already be considered a historically significant event.