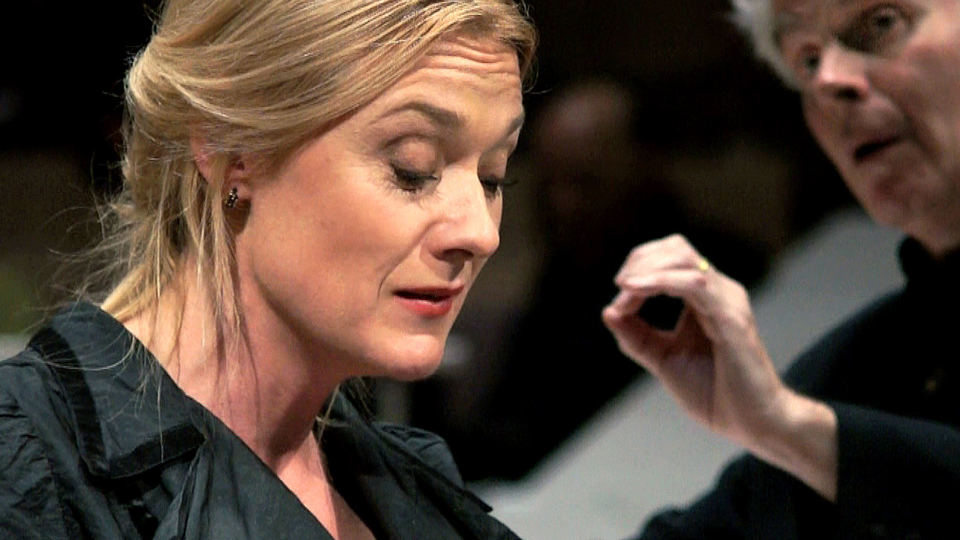 After the huge success of his Eighth Symphony, Mahler turned to a surprisingly subtle work: Das Lied von der Erde, which exudes humanity and intensity through its restrained expression. On more than one occasion, composers have attempted to increase the intimate characteristics of the Lied by arranging it for chamber orchestra. In this recording with the Berliner Philharmoniker Orchestra Academy, Sir Simon Rattle performs just such an arrangement, by Glen Cortese.

The concert was part of a series of events with which the Berliner Philharmoniker celebrated the 85th birthday of Hans Werner Henze in July 2011. The composer was represented that evening by his Second Violin Concerto with the orchestra's concertmaster Guy Braunstein as soloist. The work is based on a poem by Hans Magnus Enzensberger which deals ironically with the figure of Baron Münchhausen - and at a deeper level, with the failure of world revolution. Accordingly, the concerto reflects this: a comically desperate confusion, in which expectations are constantly raised and dashed.