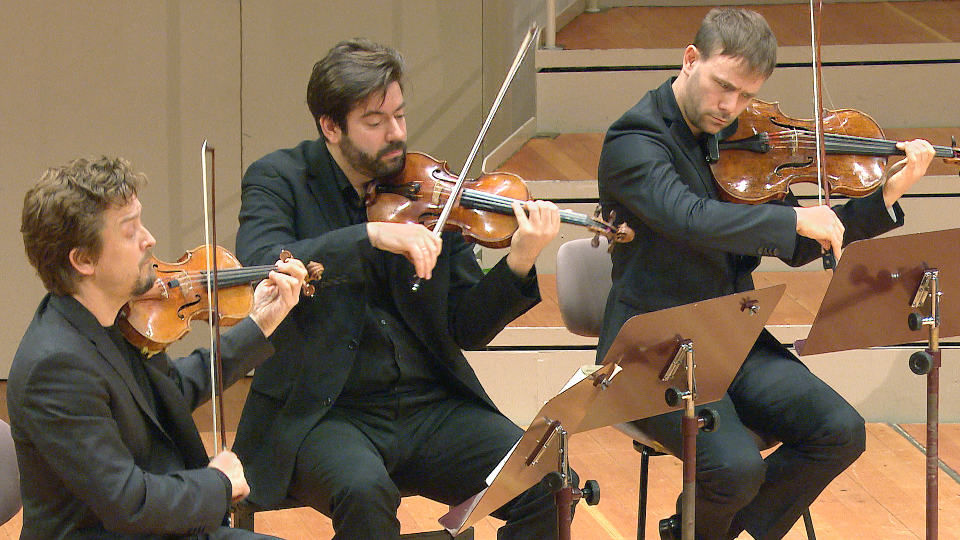 From today’s perspective, it seems an understatement that Schubert’s F-major Octet was called in the Wiener Allgemeine Zeitung a piece “in keeping with the composer’s well-known talent.” After all, Schubert went down in music history with this work, full of elan and tone colours that shimmer like a kaleidoscope, taking up the spirit of the divertimento from the late 18th century and raising it to a new level: he created the genre of the octet. In doing so, his instrumental richness of ideas knew no bounds, as he sometimes treated the ensemble as a small orchestra – for instance, with parallel octaves in the two violins, and by keenly contrasting between solo and tutti sounds, but also knew how to combine string and wind sounds with real chamber music finesse.

With such an alternation between intimate, chamber music-style and large-scale orchestral outlines, Jörg Widmann’s octet – which was also heard in this Philharmoniker chamber concert together with Philharmoniker Artist in Residence Christian Tetzlaff and members of the orchestra – consciously establishes a direct reference to Schubert’s composition, which he has called “the central reference work”. The Intrada is surprisingly tonal; it begins in unison, as does Schubert’s first movement, and Widmann achieves an almost symphonic twelve-voice effect using double stops. The central middle movement of “inescapable sadness” (Widmann) is strongly influenced by Schubertian music, whereas the finale, bubbling over with vitality, provides a positive ending.

Christian Tetzlaff was Artist in Residence of the Berliner Philharmoniker in the 2014/15 season.
Check out our Special Page for more concert recordings.