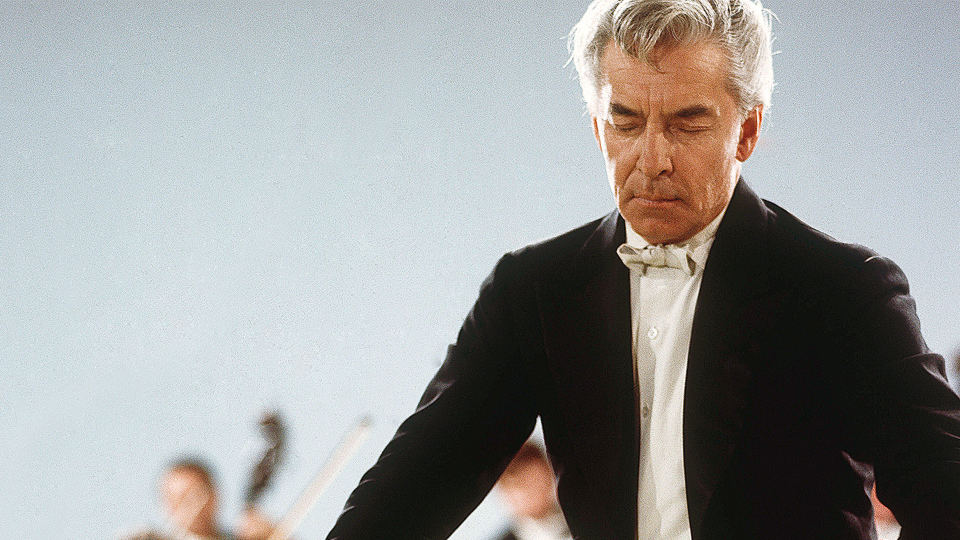 Though Herbert von Karajan’s early readings of Beethoven’s First Symphony tended to be circumspect in the old German style, fire and finesse were the hallmarks of the performances he gave with the Berliner Philharmoniker in the 1960s and early 1970s – Beethoven the young revolutionary very much to the fore.

It was much the same with the Fourth which Karajan claimed was the most difficult of Beethoven’s nine symphonies to interpret – a view derived in part from the work’s to some extent enigmatic nature. Robert Schumann famously described the Fourth as “a slender Greek maiden between two Norse giants” (by which he meant the Third and Fifth Symphonies). By the early 1960s, when Karajan’s rejuvenated Berliner Philharmoniker were as much at home in the music of Debussy, Stravinsky and Ravel as they were in that of the great German masters, Karajan did indeed conduct the Fourth in the “Grecian” style: the playing fleet-footed and lyrical, the spirits of Apollo and Dionysus perfectly balanced.

What Schumann’s image of the slender Greek maiden overlooks is the fact that the Fourth was conceived and written not before, but during the composition of the mighty Fifth. In both works Beethoven struggles to realise his vision of an ascent from darkness to light as part of a continuous symphonic narrative. During the 100 hours Karajan spent preparing, directing and editing this 1972 film of the Fourth Symphony, he found himself pondering the competing claims of both traditions. Most conductors take an either/or approach to the work. As pragmatic as he was well-informed, Karajan had the courage to take more than one view of this most beguiling of Beethoven symphonies.