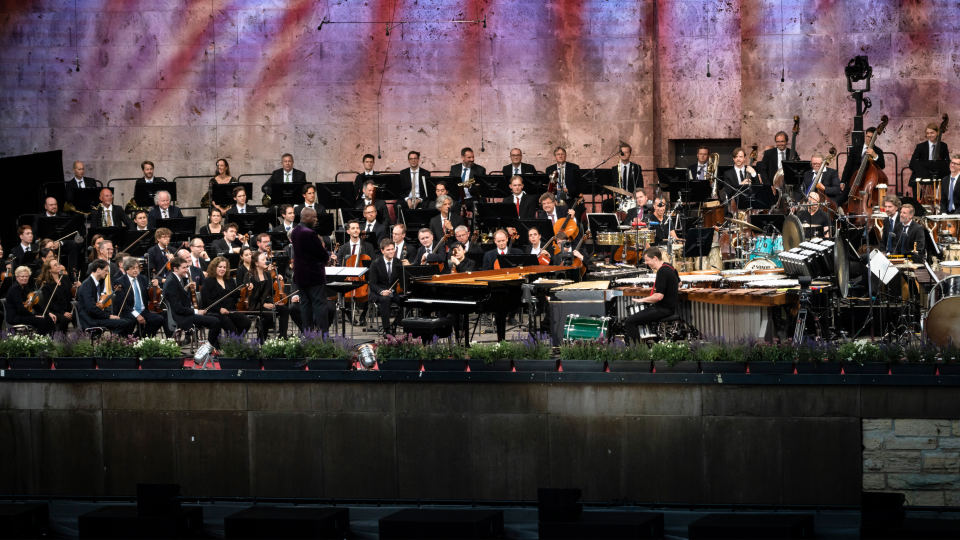 “Arms with endless energy, fingers like swarms of insects,” and a “physical performance that vitalises the whole hall,” was how the Tagesspiegel described Martin Grubinger’s first performance with the Berliner Philharmoniker. Anyone who has experienced the Austrian multi- and extreme percussionist will have no doubt that Grubinger will also have such a vitalising effect on the Waldbühne – which is considerably larger than the Philharmonie Berlin – and its audience. This time, the programme features John Williams’s The Special Edition. The five-time Oscar winner Williams is one of cinematic history’s legendary composers, thanks to his soundtracks to the Star Wars and Harry Potter films and his long-standing collaboration with Steven Spielberg.

The second guest on the programme, Wayne Marshall, is making his debut conducting the Philharmoniker – although he has already performed with the orchestra several times as a pianist under the direction of Sir Simon Rattle. Works by George Gershwin and Leonard Bernstein, whose captivating performances Marshall is celebrated for around the world, will frame Martin Grubinger’s performance at this open-air concert which traditionally brings the Philharmoniker’s season to a close. A meeting of two musicians characterised by rhythmic verve to look forward to!

The Berlin Phil Series: “An American in Berlin”

With Gustavo Dudamel in Taiwan