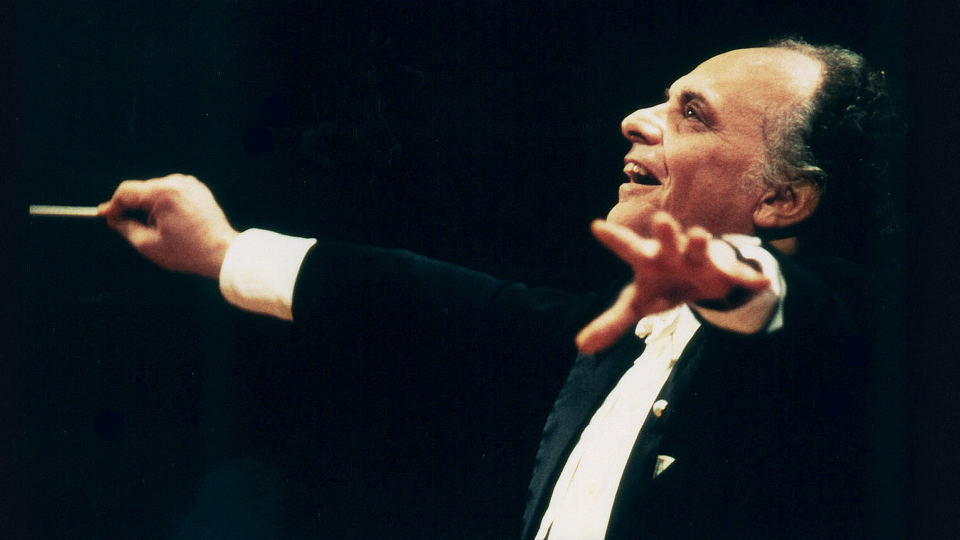 Is it possible to reduce the fifteen hours of music of Wagner’s Ring to the length of a single CD and at the same time dispense with the services of singers? When a record label approached Lorin Maazel with this question in 1987, he did not hesitate, for he could still remember a comment that Wieland Wagner had made at the time of the conductor’s Bayreuth debut in 1960: “The essence of the work is to be found, after all, in the orchestra. This is the subtext, the universal subconscious that links Wagner’s characters together and that is tied to the proto-ego of the legend.” For Wagner’s grandson and co-founder of New Bayreuth, the Wagnerian orchestra is the “fountainhead” of the entire cycle.

Maazel finally understood the full import of Wieland Wagner’s comment when he conducted the first post-war production of the Ring at the Deutsche Oper in Berlin in 1965: “The orchestral score itself is the Ring, encrypted in a musical code,” the conductor explained. He was keen for audiences to decrypt this code through his “symphonic synthesis”, for which he imposed strict conditions on himself: the music had to unfold without interruption and follow the course of the drama in every detail from the opening note of Das Rheingold to the closing chord of Götterdämmerung. Every note was to be by Wagner himself, and no bridge passages were to be included in the score.

Maazel succeeded in meeting all of these self-imposed demands, and the first recording of his Ring Without Words with the Berliner Philharmoniker proved a huge success when it was released in 1987. The work quickly became an independent concert piece, which Maazel also performed with the Pittsburgh Symphony Orchestra in 1990, with the New York Philharmonic in 2000 and 2008 and with the Vienna Philharmonic in 2012. In 2000 he again conducted it with the orchestra for which he had ultimately conceived the work. As Maazel noted retrospectively, “I think that as an introduction to the Ring, this version is an unqualified success. And I am fortunate that my project was underpinned by the magnificent sound of the Berliner Philharmoniker.”

Europakonzert from Bayreuth with Paavo Järvi and Eva-Maria Westbroek

James Levine conducts Wagner and Strauss at the Waldbühne