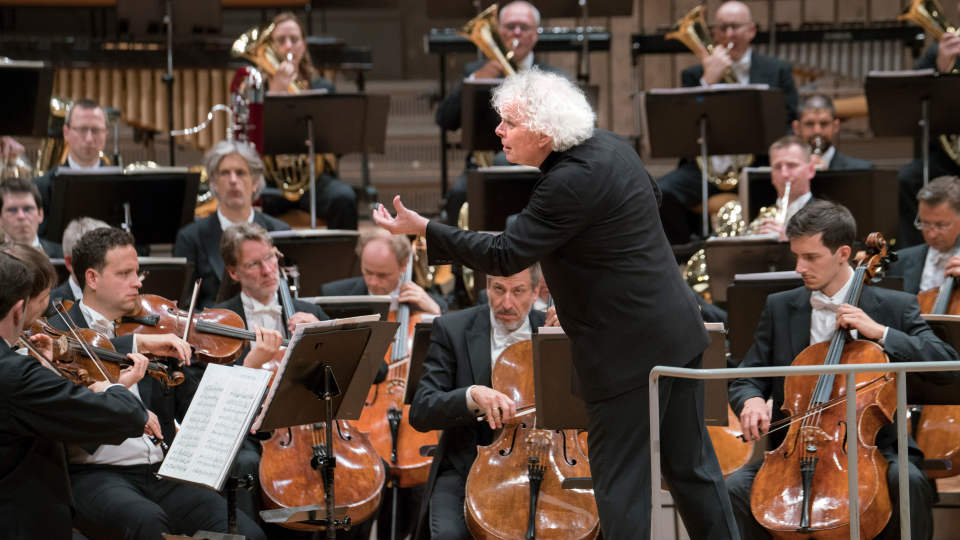 When it became clear that Bruckner would not be able to complete the finale of his Ninth Symphony, he expressly specified his Te Deum as its “best substitute”. Performances of the three-movement torso of his monumental Sinfonia da chiesa, dedicated “to the beloved God”, were out of the question for the composer, as his letters and reports by contemporary witnesses show. Through a complex process, and with loving attention to detail, Nicola Samale, John Phillips, Giuseppe Mazzuca and Benjamin-Gunnar Cohrs worked between 1983 and 2010 to produce a performance version of the finale. “The result being presented today,” writes Cohrs, editorial director of the Bruckner-Edition Wien since 2013, “comprises 653 bars. 440 correspond to Bruckner’s surviving score, of which he had already fully orchestrated 208. The remainder exists as fully elaborated string parts with indications of important wind entries. Another 117 bars could be reconstructed from sketches and discarded bifolios. 96 bars had to be supplemented with the use of music-forensical methods; for all but 37 of them, however, music by Bruckner existed. The performance version of the finale is as a result far freer of foreign elements than, for example, Mozart’s Requiem.”

The preparation of a final revised edition owes its final impetus to Sir Simon Rattle, who conducted the four-movement version of Bruckner’s Ninth at the Berlin Philharmonie in October 2011 and in February 2012, and also at Carnegie Hall in New York in February 2012. “I must say at once what a stunningly impressive piece of work you have done,” Rattle wrote in advance to the editors. “I have been looking at the sketches in a very on and off fashion for some years, and heard another nameless reconstruction that almost put me off for life ... I feel increasingly convinced by your plastic surgery, and feel that it should be more widely heard and understood. This from a man who has abandoned the Mozart Requiem! Congratulations again on your astonishing journey.”

Together with the Philharmoniker, Sir Simon now presents Bruckner’s Ninth to Berlin audiences once again with the reconstructed finale, which is permeated by motifs from the Te Deum and acts as a veritable antithesis to the opening movement. The programme opens with the premiere of Hans Abrahamsen’s ThreePiecesfor Orchestra, part of the Philharmoniker’s Tapas project initiated by Rattle.

Music for the Mature

“Works in movement” by Hans Abrahamsen and Anton Bruckner

The three orchestral miniatures by Hans Abrahamsen last no longer than seven minutes; Anton Bruckner’s last symphony plays for nearly an hour and a half in its four-movement completion. And the contrast between the works’ outer dimensions is matched by the radical disparity between their composers’ aesthetic approaches. In both cases, to use Umberto Eco’s phrase, we are dealing with “works of art in movement”, with objects that neither are available in a final version nor, in a narrower sense, can be identified with an “authentic” score. They simply do not exist in a definitive, permanently fixed shape. In each case, the “work” is essentially an aggregate that reflects changing times and places. In the hands of its interpreters and the ears of its recipients, it can assume a different concrete form time and again.

Why these changing forms? It is common knowledge that Bruckner completed only the first three movements of his Ninth Symphony. However, he was able to accomplish substantially more of the Finale than posterity believed for decades. Since the mid-1980s, an international team of specialists has been reconstructing the movement out of all traceable material and prepared a performing version substantiated down to the smallest details. Although the joint solution posed by the two Italians Nicola Samale and Giuseppe Mazzuca, the Australian John Phillips and the German Benjamin-Gunnar Cohrs is necessarily speculative, it fundamentally changes our perspective on this masterpiece – a work which the musical world long believed was basically in no need of any completion at all.

Quite different reasons account for the mutability of the “work” in Hans Abrahamsen’s case. The scrupulous Dane is an indefatigable reworker of his own scores. He composes slowly and incredibly meticulously. He is constantly returning to his earlier works – in order to expand, augment, to “repaint” or to distil individual elements from them which can then serve as the seed for new inventions. Abrahamsen’s compositions from several decades are interrelated in a variety of ways, often only subcutaneously. The Ten Studies for Piano, seven of which he committed to paper in 1983-84, form a central reservoir of ideas. The tenth piece was created in 1986, but numbers eight and nine were not written until 1998. In 1999-2000, he produced his Piano Concerto, which is related to the studies on the most diverse levels. Starting in 1984, he transcribed six of them for the medium of horn trio. Between 2002 and 2004 came the Four Pieces for Orchestra, based on the first four piano miniatures.

Abrahamsen characterizes his Ten Studies as explorations “of the piano's character or soul, if you like. A soul that has been created by all the music that has been written for the instrument, from its childhood until today.” The first four studies, given German titles, address the Romantic piano tradition. The three following movements, the basis of the orchestral pieces heard today, have English titles: Boogie-Woogie, For the Children and Blues. They seem closer to the present, “more mechanical and rhythmical, and perhaps slightly cool and jazzy”, the composer comments. The group of ten concludes with two movements with French titles and one with an Italian heading.

Dauntingly difficult on the piano, the first piece, Boogie, is turned into a bravura number involving almost full orchestral forces throughout. The second miniature, by contrast, is scored with extreme delicacy and entirely in the high register. The keyboard player is instructed in the printed music to play its melody line with the thumbs alone, “like a child”. Blues undergoes the greatest transformation from its version in the piano cycle. This artfully hesitant movement, interrupted by irregular pauses and marked “Heavy”, is underlaid by a dense network of pulsating percussion. The metre is constantly changing, while the dynamic level is persistently extremely low. Abrahamsen’s scores are feared by conductors and musicians with good reason: for their immense rhythmic complexity, which is not always apparent to the listener.

Jubilant exultation at the end instead of quiet contemplation: Bruckner’s Ninth in the completed performing version

Back to Bruckner: “Feierlich, misterioso” – solemn, mysterious – reads the heading of the Ninth’s opening movement. Into the void of the typically Brucknerian “primal state”, he does not introduce a finished theme here but instead, in lengthening bursts, develops one out of the most elemental building blocks. Not until bar 63 does it appear in its full glory: a repeating jagged descending octave intoned by the full orchestra. The warmly flowing second theme provides a complete contrast, after which, anticipated by the wind, comes Bruckner’s typical third theme – the so-called unison theme. It serves to mediate, more strongly than ever, between the two poles that have just been exposed.

The Scherzo, harmonically ambiguous at the outset, presents an astonishingly drastic juxtaposition of dancelike pizzicato delicacy and violent stomping. The elfin Trio in F sharp major that scurries in makes for a wholly atypical intermezzo, which has nothing to do with the gemütlich world of ländlers that normally occupies this place. Finally the noble Adagio, encoded with sacred cyphers, quasi-self-quotes and autobiographical references. Surely it is also the confession of faith of a gravely ill artist who had already made his last will and testament.

What if this were not the end – how would the story continue? Again the Finale is conceived in sonata form, with the exposition of three themes followed by a development, recapitulation and coda. Sequential descending dotted figures, a highly agitated basic atmosphere and the constant presence of the tritone interval make it clear from the outset that the peace achieved in the Adagio will not endure. The drama of redemption begins anew. An unusual formal feature: the principal theme and the Gesangsperiode (second theme) are constructed from the same material. The third theme is a broadly elaborated chorale, supported by restless up- and downward darting triplet figures on the violins. Shortly before the end of the exposition, the flute, pianissimo, presents the four-note “Te Deum” motif – the reconstruction’s editors presume that it also has an important part in the development section. In place of the recapitulation there is a highly impulsive fugue on the main theme, extended portions of which survive. From the rudimentary draft of the coda, Nicola Samale and his colleagues have finally come up with a solution in which, in the course of a huge buildup, all the symphony’s principal themes are combined, whereupon the chorale from the Finale’s third theme group homes in on a final D major plateau to round everything off in the work’s concluding bars.

A theological programme upon which the movement was or would have been based remains open to speculation of all sorts. Everything in this conclusion of Bruckner’s creative activity argues against serene music of farewell in favour of soaring praise of God in the wake of despairing struggles: jubilant exaltation rather than quiet contemplation. There is, however, no assurance of a definitive understanding – neither of the philological nor the eschatological questions. Perhaps that is the underlying truth of this masterwork in movement. It demands a mature response.

Christian Thielemann and Albrecht Mayer with works by Strauss and Bruckner