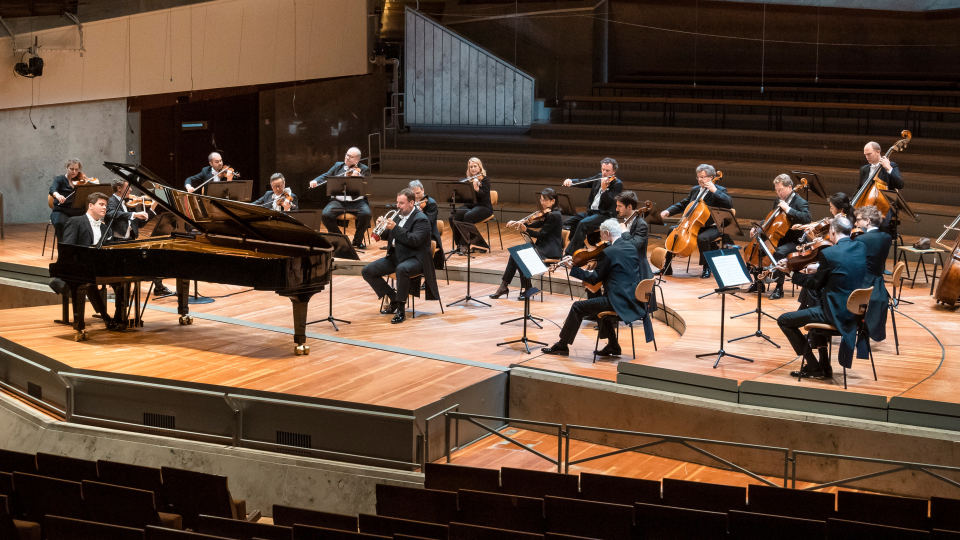 Like this episode of the Berlin Phil Series, a feature film by and with Charlie Chaplin from 1936 is called Modern Times. In the film, the character of the tramp meets the challenges of life in the big city. Slapstick scenes show the struggle with the machine, which mercilessly imposes its rhythm on the workers. Modern Times is a silent film, but occasionally sounds from the world of the early 20th century force their way into the soundtrack.

At the time of the film’s release, audiences in the concert hall were also confronted with the sounds of a new era. From the second decade of the 20th century, performances of works by Arnold Schoenberg, Igor Stravinsky and Edgard Varèse frequently caused scandals. Béla Bartók’s ballet music The Miraculous Mandarin was cancelled after the premiere in Cologne. In fact, the stage work tells a gruesome tale of the big city: three bandits force a young woman into prostitution and then rob and kill her suitors. The eponymous Mandarin survives several murder attempts, but eventually dies in the arms of the woman. With its primitive rhythms and dissonant harmonies, the score is one of the Hungarian composer’s most innovative works. Shostakovich’s First Piano Concerto, on the other hand, seems to tie in with the brief alliance between political revolution and artistic avant-garde that was brutally ended by the Soviet cultural bureaucracy. The Russian composer combined parody quotes from classic music, popular melodies – which are played by the trumpet, also used as a solo instrument – and pianistic virtuosity.

Shostakovich’s concerto was part of a programme that Mariss Jansons was scheduled to conduct with the Berliner Philharmoniker in the summer of 2020. Jansons died in December 2019, and an archive recording with the conductor was included in this concert. Pianist Denis Matsuev played Shostakovich’s work with members of the orchestra and the Philharmoniker’s principal trumpet, Guillaume Jehl. This programme of “modern” music also included the Oboe Quintet by the lesser-known English composer Arthur Bliss and works for vibraphone and piano – plus excerpts from Bartók’s Mikrokosmos and the Children’s Songs by the American jazz composer Chick Corea. After all, jazz is a central element of the soundtrack that accompanied these “Modern Times”.

An evening of chamber music with Christian Tetzlaff