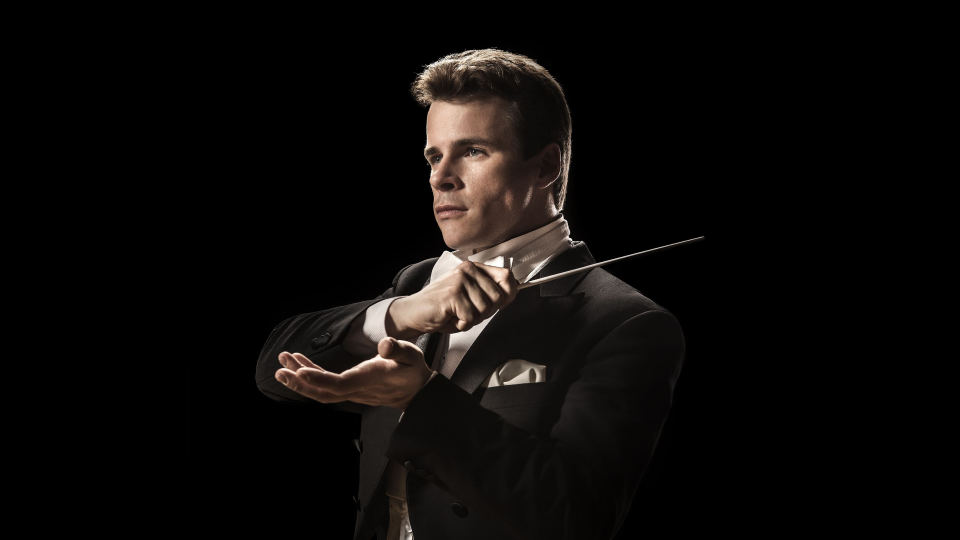 When Jakub Hrůša last appeared with the Berliner Philharmoniker in December 2019, he presented a significant new discovery: the perfectly formed and dramatically captivating tone poem Mysterium času (Mystery of Time) by his unjustly forgotten compatriot Miloslav Kabeláč. The chief conductor of the Bamberg Symphony for many years now turns to Keyframes for a Hippogriff, a world premiere by the Austrian composer Olga Neuwirth, whose humorous, demonic sound worlds have already caused a sensation in Philharmoniker concerts.

The main symphonic work of the evening is Anton Bruckner’s Fourth Symphony, which the composer himself called “Romantic” in reference to Wagner’s “Romantic Opera” Lohengrin. In response to the public’s desire at the time for associative musical descriptions, Bruckner explained his Fourth with images “from ancient times”: the opening movement, for example, depicts the awakening of a medieval town with the “horn ... calling out the day from the town hall”. It also includes the magic of nature and the “feeling of happiness to be able to listen to such peaceful voices of nature in the forest”. Bruckner’s Fourth Symphony does indeed reflect with splendour and grandeur the natural mysticism and transcendence that Caspar David Friedrich’s paintings have become famous for depicting. Together with the Berliner Philharmoniker, Jakub Hrůša presents his personal reading of the “Romantic” – one of the most popular symphonies by the master builder of sound, Bruckner.

Beethoven’s Piano Concerto No. 1 with Mitsuko Uchida and Simon Rattle

Jakub Hrůša and Frank Peter Zimmermann with a Czech evening