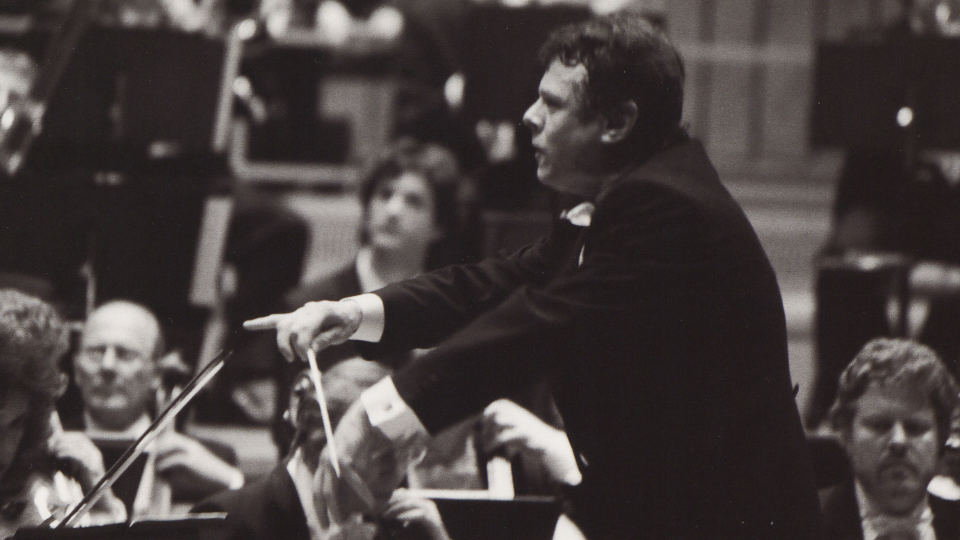 Mariss Jansons once said of Dmitri Shostakovich’s music that it was “testimony to a troubled political era and at the same time a timeless expression of existential human feelings and experiences”. Among numerous other works, he has conducted Shostakovich's Seventh Symphony with the Berliner Philharmoniker, who named Jansons an honorary member in 2018. Their performance in 1992 was documented at the time by TV Man Union. Since April 2021, the concert has been available in the archive of the Digital Concert Hall and so can also be viewed outside Japan.

Shostakovich’s Seventh, named the Leningrad by the composer, is one of his most intriguing and monumental works. The symphony was celebrated in 1941, the year it was written, as a beacon against German National Socialism not only in the Soviet Union, but also in the United Kingdom and the United States. In a compellingly coherent form, the work incorporates extremely heterogeneous material, including military music, dance sequences, chorales, idyllic passages and operetta melodies. The work was partly written in the city of Leningrad, which was surrounded by the German army, and is undoubtedly directed against the Second World War. However, Shostakovich confided to his friend Flora Litvinova that his work was aimed beyond this specific event. In her memoirs, she says that “the Seventh, like the Fifth, is not only about fascism, but also about our regime, about all totalitarianism in general”.