French music with the Berliner Philharmoniker 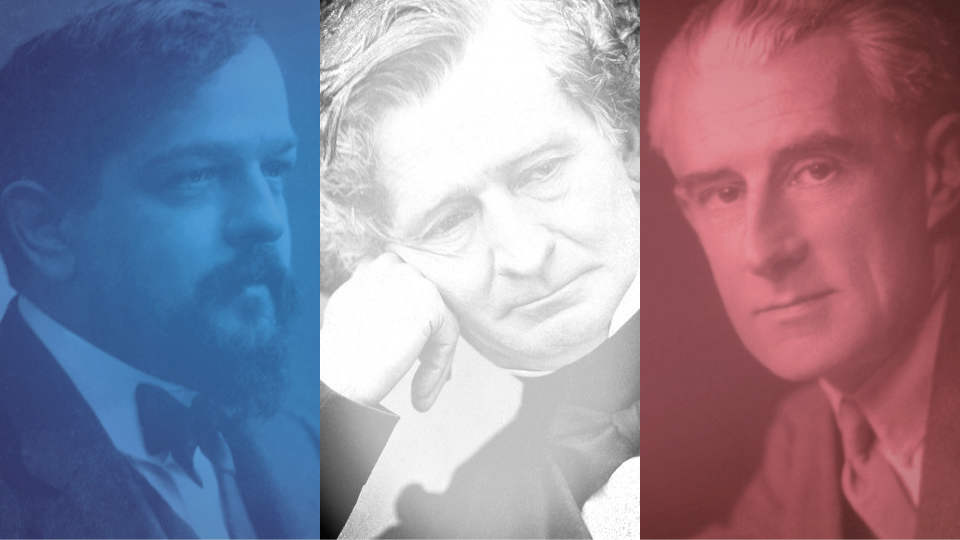 In the age of European nationalism – from the 19th to the first half of the 20th century – French music had a difficult time in Germany. At the same time, distinct echoes of compositions from the French revolutionary period can be heard in Beethoven’s works. Robert Schumann, Franz Liszt and Richard Strauss, who already had a European sensibility, were as impressed by Hector Berlioz as they were by Richard Wagner. The French Impressionists and the Second Viennese School had a common reference point in literary symbolism: Maurice Maeterlinck’s play Pelléas et Mélisande inspired Claude Debussy to write an opera and Arnold Schoenberg a symphonic poem. But the political conflicts of the time also affected the aesthetic understanding of the artists, which can be seen in both Wagner’s hatred of France and Debussy’s aversion to German-Austrian music’s claim to supremacy.

Fortunately, times have changed: French music has long been part of the Berliner Philharmoniker’s “daily bread”, of course, even if this metaphor does not do justice to the exquisite nature of these works. Even Furtwängler regularly conducted the repertoire, and Herbert von Karajan was a master interpreter of the compositions of Ravel and Debussy. The same goes for Claudio Abbado, who also conducted a highly acclaimed performance Berlioz’s Symphonie fantastique as his last work with the Berliner Philharmoniker. The focus then broadened considerably once again after Sir Simon Rattle became chief conductor of the orchestra. The French music he conducted ranged from Jean-Philippe Rameau to Pierre Boulez, a personal friend of his. Boulez himself was one of the orchestra’s foremost guest conductors for almost half a century, from his debut in 1961 until his last concert with the Berliner Philharmoniker in 2010. Sir Simon also presented staged productions of Debussy’s Pelléas et Melisande twice during his term of office, conducted works by Messiaen and Bizet, and set a focus on French music in the 2015/2016 season. Last but not least, in April 2018, Kirill Petrenko conducted a performance of Paul Dukas’s ballet music La Péri as the Philharmoniker’s chief conductor designate, reminding us of a fascinating work that was almost forgotten for decades.

In the meantime, the work of the Berliner Philharmoniker provides an impressive picture of the full wealth of French music and its most important composers: Hector Berlioz, revolutionary of orchestral sound and author of the “treatise on instrumentation”, which is still influential today, as well as co-inventor of the symphonic poem and orchestral song; Claude Debussy, who with his study Prélude à l’après-midi d’un faune, which only lasts around 10 minutes, wrote a kind of manifesto of the magic of atmosphere and timbre; and Maurice Ravel, perhaps the greatest multilinguist in the history of music, who mastered the musical accents of France as well as Spain, the Orient and Vienna, and with Le Tombeau de Couperin created a captivatingly original homage to French Baroque music. In addition, long-underrated composers are also emerging from the shadows, such as the wonderfully individual Gabriel Fauré or Camille Saint-Saëns, a master of such effective creations as his Organ Symphony. In the 20th century, Francis Poulenc and Darius Milhaud, for example, who, like Ravel and Debussy, used jazz elements in their compositions, deserve a mention. And finally, the French avant-gardists should not be missing from a selection: the spacial sound pioneer Edgard Varèse, who wrote Ionisation, a short piece exclusively for percussion instruments, and the previously mentioned Pierre Boulez who, in his concise works, reveals himself to be the successor of Claude Debussy and Anton Webern.