Love stories in performances by the Berliner Philharmoniker 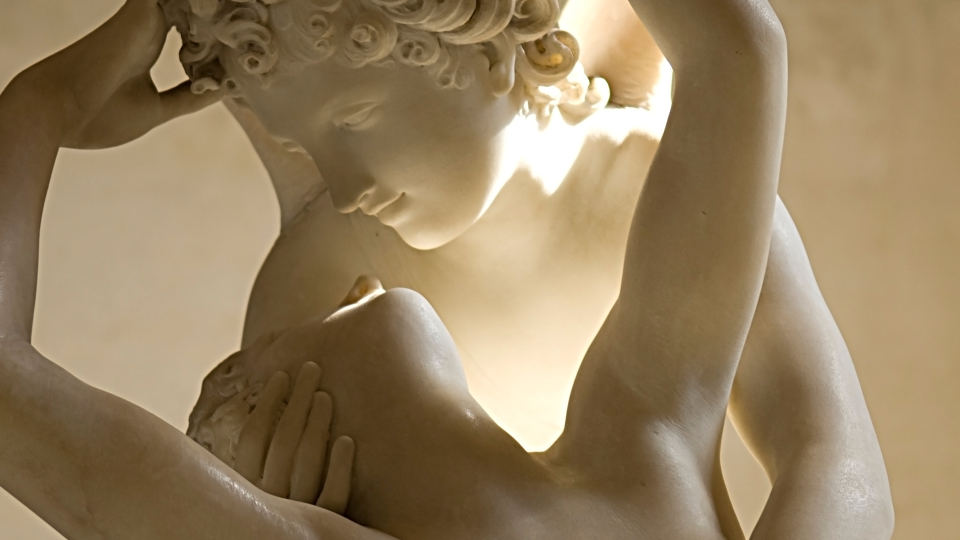 The musical adaptations of the stories in this playlist almost all end tragically: Romeo takes his own life because he believes Juliet, who has been drugged by a sleeping pill, to be dead. When she wakes up again, she also kills herself. Othello, driven to raging jealousy by the scheming of his confidant Iago, first strangles his wife Desdemona and then stabs himself. And Melisande dies of exhaustion and despair after her husband kills her lover Pelleas. Daphne, on the other hand, is saved in a way: she is spared Apollo’s intrusive persecution by being transformed into a laurel tree.

These poems from antiquity, the Renaissance and Modernism have inspired musical interpretations by numerous composers. This selection presents two adaptations, each quite different in tone: Stravinsky’s Neoclassical ballet Apollon musagète shows the god of music in the circle of his muses, while Handel’s cantata focuses on the encounter with Daphne. Prokofiev’s Romeo and Juliet ballet music is juxtaposed with the Symphonic Dances from West Side Story, performed by Kirill Petrenko with the Berliner Philharmoniker at the 2019 New Year’s Eve Concert. Leonard Bernstein, who calls the lovers Tony and Maria, transferred the Elizabethan tragedy to the New York of the 1950s. Maurice Maeterlinck’s symbolist drama Pelléas et Mélisande inspired Fauré to write intimate incidental music, later reworked into an orchestral suite, and Schoenberg to write a symphonic poem in the late Romantic style. And finally, we encounter Othello in a concert overture by Dvořák as well as in Verdi’s opera of the same name. Claudio Abbado conducted excerpts from it at the Waldbühne in 1996.