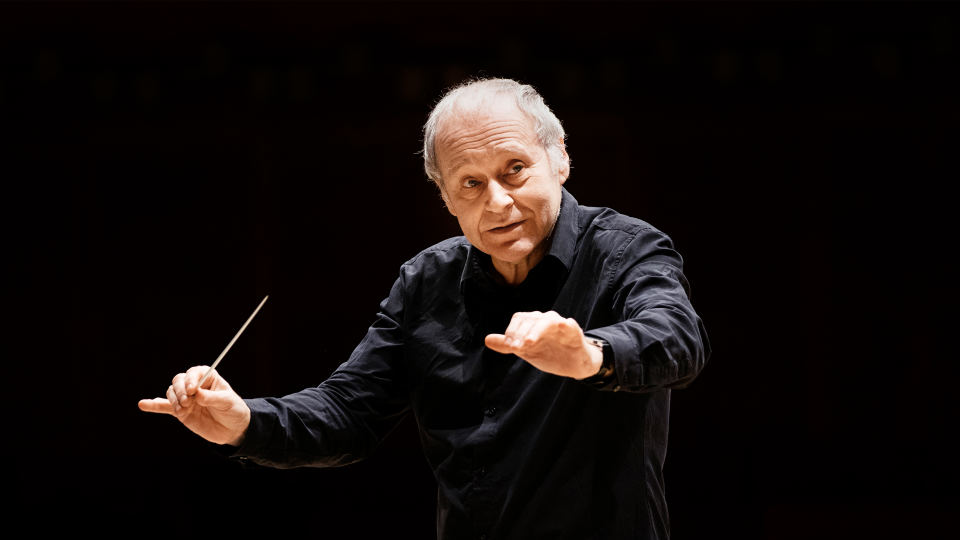 In an interview with the Digital Concert Hall, Adam Fischer tells how he attended a concert of Joseph Haydn’s 94th Symphony at the age of four – and how disappointed he was in the performance at the innocuousness of the titular “surprise”. The boy was then told that he could later become a conductor and then determine the volume of the effect himself. And to this day, Fischer is convinced that it is not Haydn’s compositions but their interpretations that are to blame if his music doesn’t “ignite”. For the second time now, the conductor has devised a programme for the Berliner Philharmoniker devoted exclusively to works by Haydn and Mozart.

It is not a “surprise” but a “drum roll” that gave Haydn’s 103rd and penultimate symphony its name. It is one of the so-called London Symphonies, which underpinned Haydn’s reputation in the English capital as the foremost European instrumental composer. The work shows that Haydn’s delight in experimentation was by no means exhausted in his late period. For example, not only does the drum roll that opens the work return, but also the theme of the slow, dark-toned introduction at the end of the first movement. The use of a violin solo in the variation movement, unusual for the time, was also to set a precedent in the history of the genre – such as in Schumann’s Fourth and in several symphonies by Mahler.

Mozart’s 33rd Symphony was written in Salzburg in 1779, still in the middle of his creative period. Mozart added a minuet to the initially three-movement work for a performance in Vienna. The polyphonic passages of the symphony – for example, the theme of the middle section in the Andante moderato is developed like a canon –, the gracefulness of the first movement and the lively finale, which ends with a unison of the entire orchestra, are particularly noteworthy.

The programme is completed by two pieces for choir and orchestra. Little is known about the genesis of Mozart’s Kyrie, which, like the later Requiem, is in D minor. However, the solemnity of the expression and the size of the ensemble suggest that the piece was only intended to be the first part of an extensive sacred composition. In Haydn’s impressive scene Der Sturm, vivid musical descriptions of a storm are juxtaposed with passages of lyrical intimacy.

Works by Mozart and Haydn with Adam Fischer and Julia Lezhneva