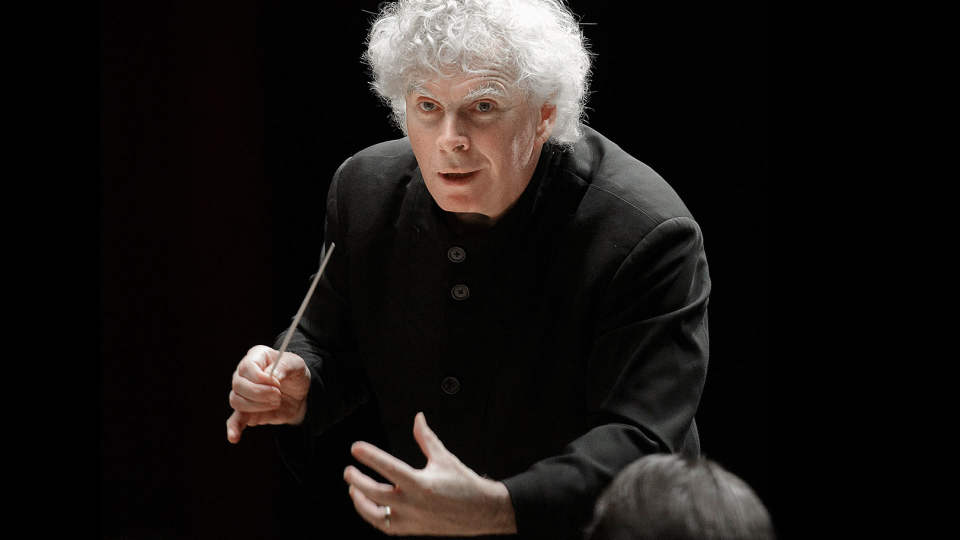 The premiere of Claude Debussy’s Prélude à l’après-midi d’un faune is considered the birth of musical impressionism. The basis of the approximately ten-minute orchestral work is a poem by the poet Stéphane Mallarmé, whom Debussy admired, published with an illustration by Édouard Manet in 1876. The dancer Vaclav Nijinsky used the composition in 1912 as the basis of one of his choreographies for the epoch-making Ballets russes, often fraught with scandal.

Music by César Franck caused a scandal of quite a different kind in 1889: “How can you describe a symphony as in the key of D minor when the principal theme at the ninth bar goes into D flat, at the tenth C flat, at the twenty-first F sharp minor, at the twenty-fifth C, at the thirty-ninth E flat major, at the forty-ninth F minor?” Ambroise Thomas asked in sheer outrage, after attending the premiere of the sole symphony composed by his composer colleague, who was from Belgium. Three years before that, Franck composed the Symphonic Variations for Piano and Orchestra. When you hear this work today, you delight in both its harmonic richness and its imaginative form.

Half a century after Franck conquered Paris to gain recognition as a composer, Edgard Varèse, who was born in the city on the Seine, moved to New York. With his orchestra composition Amériques he created a musical monument to his adopted home, without denying his European roots in the process. In addition, other discoveries on this concert are Betsy Jolas, a composer also equally at home in France and the US, from whom Sir Simon and the Berliner Philharmoniker have commissioned a short new orchestra piece, as well as the Australian Percy Grainger. A special trick of this clever programme: a juxtaposition of Maurice Ravel’s piano composition La Vallée des cloches with Grainger’s orchestration of the same piece. When Sir Simon and Emanuel Ax appear together in a concert, surprises are always in store.

Works That Span the Globe for the Warm Season

Summertime, time for travel. A programme spanning the distance from Australia to Europe to the US. Except for Claude Debussy, the composers in this concert have something in common: both their works and their origins defy classification. Betsy Jolas grew up in Paris and New York with Scottish-American roots. César Franck’s family came from the vicinity of Aachen, today part of Belgium, and he spent the major part of his life in Paris. Maurice Ravel had a father from the canton of Geneva and a Basque mother. Percy Grainger is generally regarded as an English composer, although he came from Australia, studied in Germany and spent most of his life in the US. Finally, Edgard Varèse was born in Paris to an Italian father and a French mother but lived mostly in the US.

Varèse particularly admired Debussy, whose Prélude à l’après-midi d’un faune (Prelude to the Afternoon of a Faun) still echoes in the opening bars of Amériques. Debussy described his work as “a very free illustration of Stéphane Mallarmé’s beautiful poem” – a scene through which “the desires and dreams of the faun pass in the heat of the afternoon.” The Prélude is a simple three-part song form with an animated middle section. The musicologist Albert Jakobik explained its exquisite tonal colour through the choice of keys, combinations of notes and unrelated contrasting keys: “C sharp minor modulates to B flat major like red changes to blue on the surface of the water, impossible to separate into individual phases. No trace of an alternation between tension and resolution . . . . Everything is suspension, movement of smoke, mingling of fragrance, reflections of light.” Mallarmé admired this tonal study and dedicated a poem to Debussy about the light the composer captured in the flute of the sylvan god.

Music for the Season: Betsy Jolas’s A Little Summer Suite

The history of French music has frequently been marked by conflict, from the opera debates in the 18th century to the confrontation with Wagner in the 19th to serialism in the 20th. Betsy Jolas did not position herself provocatively, however. Perhaps due to her international background she has always been beyond the demarcation line of French musical life. She studied in Paris with such completely different masters as Olivier Messiaen and Darius Milhaud; Pierre Boulez championed her, and even William Christie and his early music ensemble Les Arts Florissants performed one of her works.

With the world premiere of A Little Summer Suite the Berliner Philharmoniker and Sir Simon Rattle also provide a forum in this country for the composer, who has been acclaimed in France and the US. The symmetrical work is structured in seven movements; the titles of sections two, four and six already express playful humour. Dry rhythms knock against each other, brief torrents of notes wander through the voices, the English horn plays in counterpoint to the song of the oboe. The odd-numbered sections promenade casually from one situation to the next. Finally, they return to the starting point, as during a summer activity – perhaps they have given pleasure, which Jolas once described as the goal of her composition.

In Search of a Theme: César Franck’s Variations symphoniques

An emphasis on classical forms and a confrontation with early music are conspicuous in César Franck’s music. Paradoxically, the few works for which the composer is known today are among the formally most innovative of his oeuvre – including the Violin Sonata, the Symphony and the Variations symphoniques(Symphonic Variations), in which symphony, solo concerto and variation cycle intersect. This concise composition initially lacks a theme; it even appears to be an instrumental drama in which the orchestra and piano are irreconcilably opposed. Only after considerable time does the composer formulate the lyrical theme in the piano part, which is first developed symphonically and not varied in the narrower sense. A Lento section during which the soloist accompanies a melancholy cello variation with legatissimo arpeggios makes it clear that the piano is to be considered part of the orchestra, then the work heads for a brilliant F sharp major finale.

Struck and Whistled: In A Nutshell by Percy Grainger

The 20th century also introduced the self-made man and intrepid pioneer to the music world, for example, the Briton John Foulds, the American Charles Ives and the Canadian Colin McPhee, none of whom is a match for the Australian Percy Grainger, at least as far as eccentricity is concerned. The suite In A Nutshell, which Grainger drew from earlier sketches in 1916, actually seems to sum up his musical world “in a nutshell”. Indispensable to the unconventional orchestral treatment is the melodic percussion instrument, which should ideally be played by eight musicians. It is consistent with the “touch of madness” often attributed to Grainger that this work uses a sledgehammer to crack a nut at times. According to the composer, the first movement presents a melody whistled on the railway platform while awaiting the arrival of a delayed train bringing one’s sweetheart. The second movement adds a relaxed swing tune in the “popular London style” of the music hall to the understandably impatient character of this work. The Pastoral begins in a typically English fashion and lasts almost as long as the other three movements combined – a work that expands to a universal vision, until the rousing finale takes up an Australian folk song and depicts the practice of chewing eucalyptus leaves to stay cool during the summer.

With Grainger it is difficult to distinguish between work and arrangement, and adaptations of works by other composers are also found in his oeuvre. His arrangement of La Vallée des cloches (The Valley of the Bells), a piano work by Maurice Ravel which Grainger orchestrated in 1944, was a doubly tricky undertaking, however. First of all, Ravel orchestrated several of his own piano works in an inimitable fashion; secondly, Ravel demonstrated with Modest Mussorgsky’s Pictures at an Exhibition that he could also sympathetically convey the spirit of music by other composers. Grainger was careful enough not to make his orchestration of the work more original than the original – his arrangement can be seen as an extremely personal commentary on Ravel.

Percy Grainger’s and Edgard Varèse’s lifetimes largely overlapped and, like Grainger, Varèse also strived for a radical rethinking of percussion and machine music; like Grainger, he saw more connections with the culture of the US than that of Europe. Varèse moved to New York at the end of 1915; in 1918 he began composing Amériques, the official op. 1 of Varèse’s sparse but highly influential life’s work. A programme à la the “Symphony from the New World” was alien to the composer’s aesthetic, yet it is difficult not to hear echoes of New York in this work, with all its concrete signals. He seems to have intended it as an exploration of sound itself, however, which explains the juxtaposition of brief static blocks, making an understanding of the formal development in the classical sense impossible. The Polish philosopher Józef Maria Hoene-Wroński formulated the motto that Varèse used for his abstract music: “Music is the embodiment of the intelligence inherent in sounds.”

Emanuel Ax, born in what is now Ukraine in 1949, started his musical training as a child in Warsaw before studying with Mieczyław Munz at the Juilliard School after his family emigrated to the USA. At the age of 25, he won the Arthur Rubinstein International Piano Master Competition (Tel Aviv), and the prestigious Avery Fisher Prize (New York) five years later. Emanuel Ax is regularly to be heard as a concert soloist with leading orchestras, in piano recitals, and as a passionate chamber musician at major music venues and festivals all over the world: For many years he was Isaac Stern’s duo partner, and he plays with the cellist Yo-Yo Ma as well as the violinists Jaime Laredo and Itzhak Perlman; he performs in a piano duo with Yefim Bronfman. Emanuel Ax’s repertoire includes not only major Classical and Romantic works but also numerous contemporary compositions; he has premiered works by John Adams, Christopher Rouse, Krzysztof Penderecki, Bright Sheng and Melinda Wagner. He is a Fellow of the American Academy of Arts and Sciences and holds honorary doctorates of music from Yale and Columbia Universities. Emanuel Ax has been awarded several Grammys for his recording work. He has performed with the Berliner Philharmoniker on many occasions since 1988, and in the 2005/06 season, he was the orchestra’s pianist in residence. His last appearance with the orchestra was in October 2014 with Mozart’s Piano Concerto in E flat major, K. 449, conducted by Andris Nelsons.

Fourth concert in the Brahms/Schumann cycle with Simon Rattle