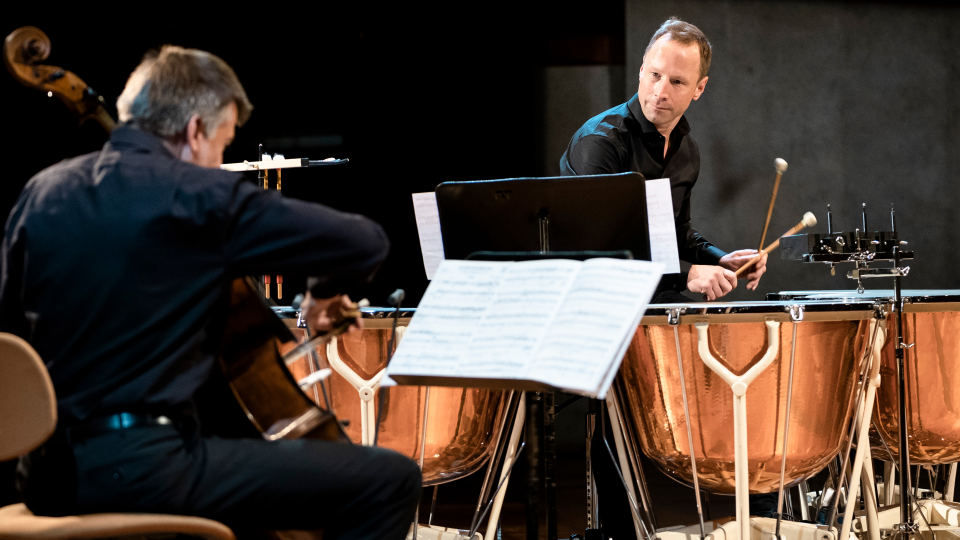 Dance as a combination of sound, rhythm and physical movement is without doubt one of the elementary aspects of all music. Although the audience in concert halls had to get used to sitting still, dance also plays an important role in the history of “serious” music. Most audibly and visibly, of course, in the rich tradition of ballet, especially in France and Russia. But Bach’s suite movements are also based on dance forms, and the symphony of the Classical period always contained a minuet movement until Beethoven’s middle period. Finally, from Schubert to Alban Berg, the Viennese sound is just as unthinkable without reminiscences of the ländler as the Rosenkavalier is without the waltz.

Under the title “Tango & more”, members of the Berliner Philharmoniker dedicated the last episode of the Berlin Phil Series to 20th century works inspired by the rhythms and harmonies of various dances. The composers of the chamber music works performed are united by the fact that fear of contact with light music was foreign to them. Erich Wolfgang Korngold, for example, a child prodigy of music history who later won several Oscars for his film scores, integrated waltz elements into the finale of his early Piano Trio. In the first movement of his quartet for cor anglais and strings, Jean Françaix, also a successful composer of film music, refers to ragtime followed by a melancholy slow movement. The 5 Danses dogoriennes by Étienne Perruchon for cello and timpani show how effective music in the reduced instrumentation can be for a melodic and a percussion instrument.

Tango has had an impressive career in the classical world of the last half century. Contributing to its complex history were people from Africa forced into slavery as well as Europeans who had emigrated to South America – and even instrument makers from Germany, where the bandoneon (later harmonium) had been developed and used as a mobile church instrument. Tango then developed into an independent form of art music in the hands of Astor Piazzolla. In this concert, its expressive power is conjured up by middle and low string instruments in the form of the Philharmoniker’s viola and cello ensembles. Compositions from Finland and Russia show that tango has long since become a universal musical language.

The National Youth Orchestra of Germany with Sebastian Weigle

A Latin American Night at the Waldbühne with Daniel Barenboim

The 12 Cellists and Anna Prohaska